Coconut Noodle Soup that comes together in 15 minutes flat. It's all about multitasking and choosing the right noodles. 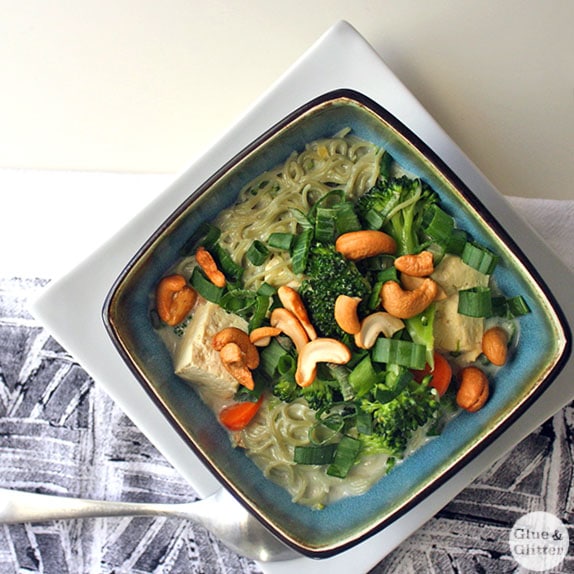 This coconut noodle soup is one of the quickest meals in my cooking arsenal, and it's one that my whole family loves!

I used to plan supper based on what I wanted to eat. Now it's often based on what's in the pantry that I can prepare before Daniel Tiger is over. I'm thankful for this coconut noodle soup, which actually fits both bills nicely.

Before having a kid, I was 100% certain that I would never, ever park my child in front of the TV just to get something done. Certainly not to make supper. My kid would stand at the counter, idyllically cooking alongside me. And sometimes Darrol does like to help in the kitchen. Sometimes, though, we are both tired and hungry and in no mood to give or follow directions. On those evenings, 22 minutes of TV time gives me a little window to get a meal on the table and enjoy the flow of cooking without constant interruptions. Feel free to report me to child services.

Right, so the theme song is playing in the next room, and the clock is ticking. It's time for some cooking tricks. 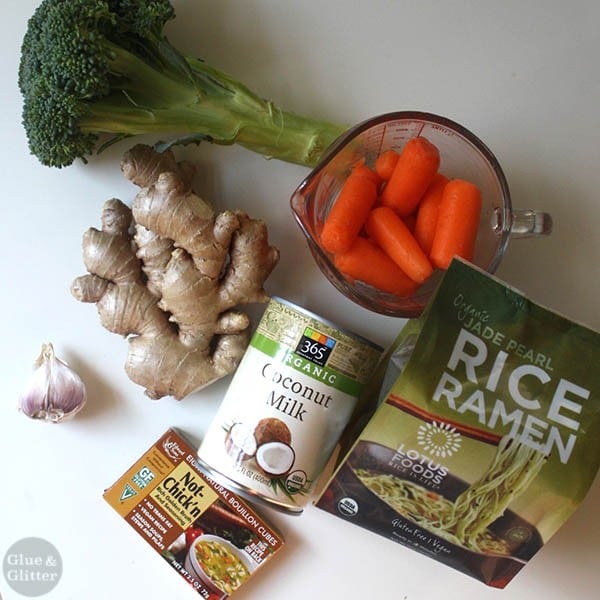 How to Make Coconut Noodle Soup in 15 Minutes

The main secret to making this dish super fast is the rice noodles. The ones I use in this recipe cook in four minutes. You can substitute basically any noodle you want, but slower-cooking noodles will up the total cooking time. If you're racing to get supper on the table before Daniel's next adventure is over, definitely go with the quickest rice noodles you can find. You can also make this soup with frozen, prepared dumplings instead of noodles. Just add the dumplings instead of the noodles in step 4, and simmer until they're heated through.

The other secret is some basic multitasking. You don't want to waste precious minutes prepping your veggies. Instead, you get the first set of ingredients simmering, then chop the broccoli and carrots while they cook. It's a really low-stress way to multitask, but it takes this recipe from a 20 minute soup down to a 15 minute one. That leaves 7 minutes for you to just sit quietly before those end credits roll 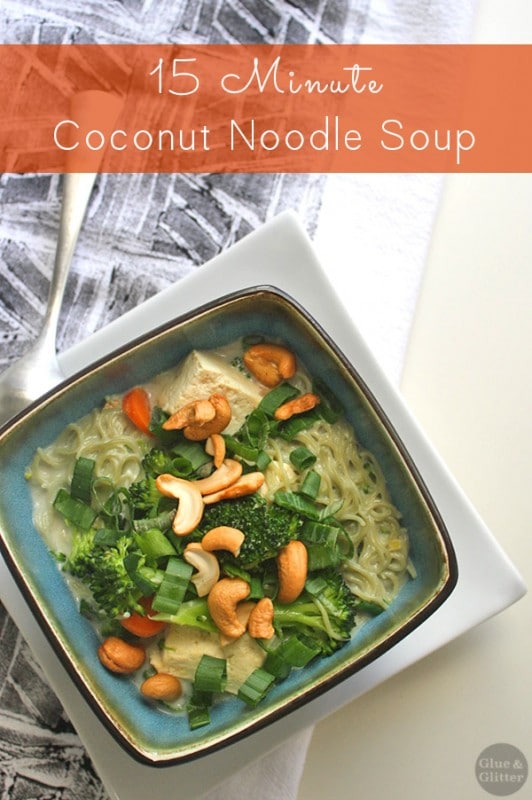 The recipe is a variation on my coconut ginger soup. It's actually pretty close to the original. A friend requested noodle-specific directions, and I thought that if one person wanted those, maybe more folks would like them too. So! Grab a soup pot or Dutch oven, and let's make some coconut noodle soup! 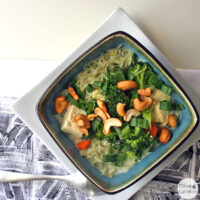