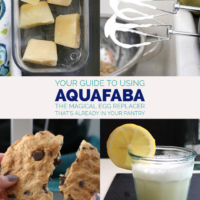 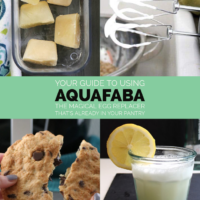 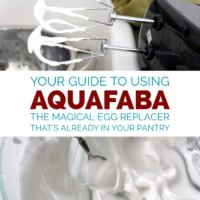 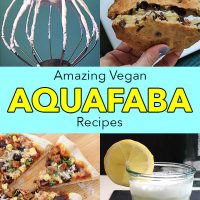 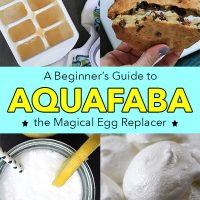 Aquafaba is a vegan egg replacer that totally changed the world of vegan cooking. Not only does an aquafaba egg replace animal egg in recipes like a dream, it's basically free. Here's a guide to getting started with this magical egg replacer, plus some amazing aquafaba recipes!

What is an aquafaba egg?

Aquafaba is just the liquid you'd normally drain and toss from a can of beans. It turns out that bean liquid has a similar protein profile to egg, which makes it an amazing egg replacer. It was discovered by Goose Wohlt.

Replacing eggs with aquafaba is easy! In any baked recipe (or for breading), simply use 3 tablespoons of aquafaba per egg. If your recipe calls for a large egg, use 4 tablespoons (1/4 cup).

You can use aquafaba in any baking recipe that calls for one to two eggs. Sometimes it will work in a three egg recipe, but I wouldn't push it further than that.

What kind of bean liquid will work?

As I mentioned above, this is for the liquid from canned beans only.

If you cook beans from scratch, you need to simmer the leftover cooking liquid until it reaches a thick, egg white-like consistency before you use it as an egg replacer. Once you simmer it to a good thickness, you can use it just like canned.

I have not tested every type of aquafaba out there, but I can tell you about the ones that I have used:

How to use aquafaba

There are so many ways to use this stuff. It's a relatively new discovery, so folks are still testing, experimenting, and creating amazing vegan recipes with this all natural, inexpensive egg replacer.

Use it in any recipe that calls for one to two eggs. For something like quiche or an omelet, aquafaba alone is not going to work. You're better of using something like tofu or chickpea flour and following a tested vegan recipe.

I have used aquafaba with boxed cake mixes that call for three eggs. While it does work, your cake won't have exactly the same structural integrity it would if you used animal eggs or followed a tested from-scratch vegan cake recipe.

Here are some ideas for how you can use aquafaba:

Folks are still testing things like quiche, strata, and other recipes where eggs play a bigger role. I haven't played with aquafaba quiche yet, but it looks like some people are having success there using aquafaba, chickpea flour, and black salt. I'll definitely post if I come up with my own aquafaba vegan quiche!

If you're familiar with how to make meringues, these tips will help you make aquafaba meringues!

For a vegan meringue recipe, your ratio of bean liquid to sugar should be around one part liquid to 1 1/3 parts sugar. You can get away with 1 1/4 parts sugar, if you prefer.

Start low - You can always add more sugar if you're not getting the stiff peaks you want! I see recipes that say to add the sugar after you have soft peaks, but I had success adding most of the sugar right from the get, then adding more as needed.

I know - this is a lot of sugar. Meringues are mostly sugar, and so far no one's found a way around that. Whether you use egg or aquafaba, sugar plus the protein is what gives you stiff, shiny peaks.

How to freeze aquafaba eggs

You can freeze aquafaba. It will keep for a few days in the fridge, but to store it for longer, you can keep it in the freezer. To freeze:

Your aquafaba cubes will keep for about six months in the freezer. Defrost overnight in the fridge or for about 30-60 seconds in the microwave.

Since one standard ice cube tray section holds two tablespoons of liquid, you can use two aquafaba ice cubes for one large egg.

OK, so those are the basics, but with anything new, it's nice to have recipes to jump off of. Below are vegan aquafaba recipes to get you started. 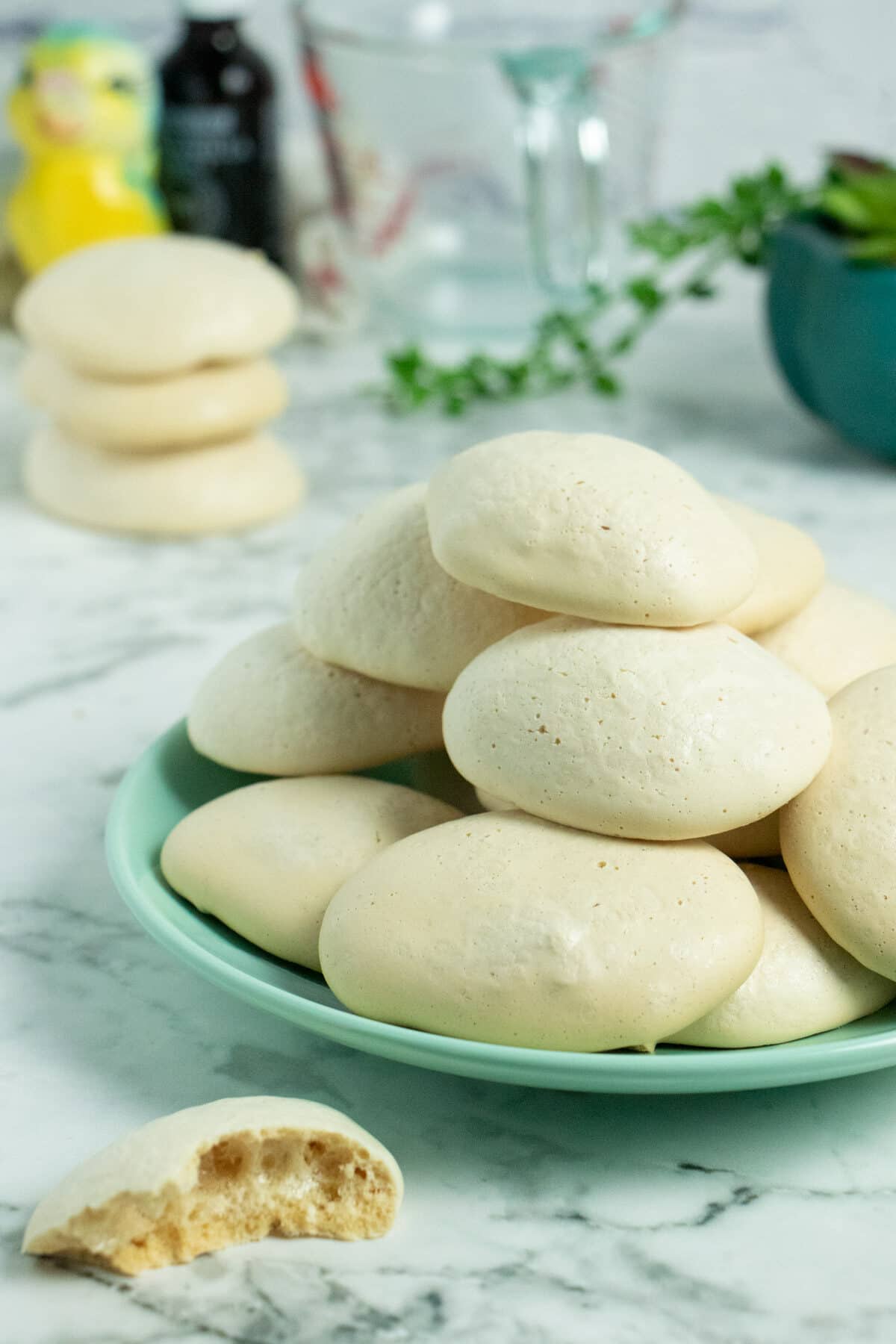 Vegan Meringue Cookies made with white bean meringue are crisp, sweet, and have no beany taste at all! This recipe makes about 4 dozen cookies.

The recipe above is for classic aquafaba meringues. If you're looking for variations, Dianne's Vegan Kitchen has options for making chocolate or swirled meringue cookies using aquafaba! 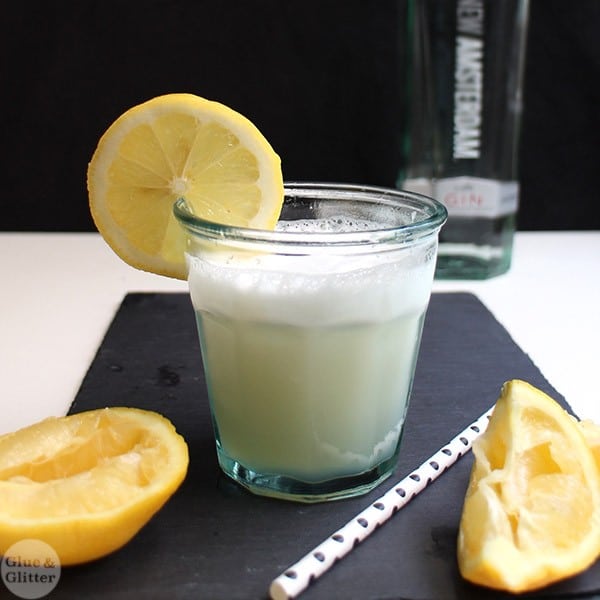 This light, tart vegan lemon gin flip uses a secret ingredient that I bet you already have in your pantry. No special equipment required.

Lucy at Supergolden Bakes shows you how to create gorgeous macarons using aquafaba in place of eggs! 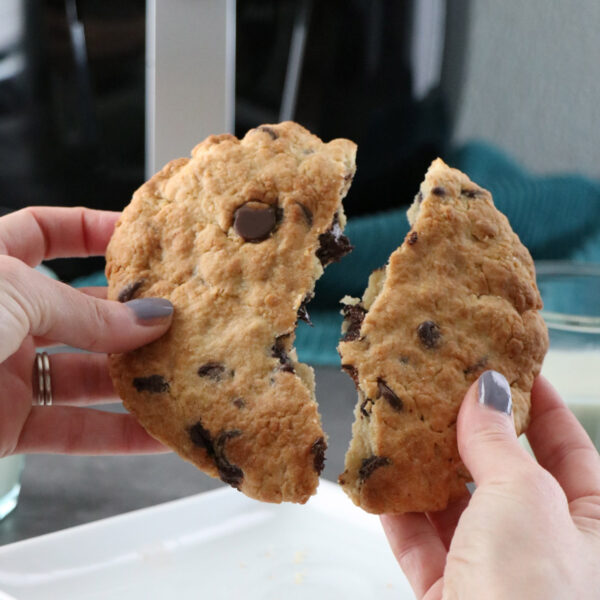 If you're craving cookies but don't want a few dozen of them sitting around tempting you for days, this cakey, chocolatey, Giant Air Fryer Chocolate Chip Cookie is for you!

Somer at Vedged Out wanted to see how aquafaba worked as a straight up egg replacer, no whipping. And she made the best chocolate chip cookies EVER. This is the recipe that proved that straight, unwhipped bean liquid could replace eggs in baking.

Kohlrabi & Quince used a mix of chickpea and pinto bean liquid to re-create her favorite Easter cookie recipe from her childhood.

Why buy expensive vegan marshmallow fluff at the store, when you can use Seitan is My Motor's five ingredient recipe?

This marshmallow party is pretty awesome, and Seitan Beats Your Meat (best blog name ever?) blew my mind with her homemade Lucky Charms.

I made these aquafaba latkes for my whole family a few Hanukkah's ago, and they were a smash hit! 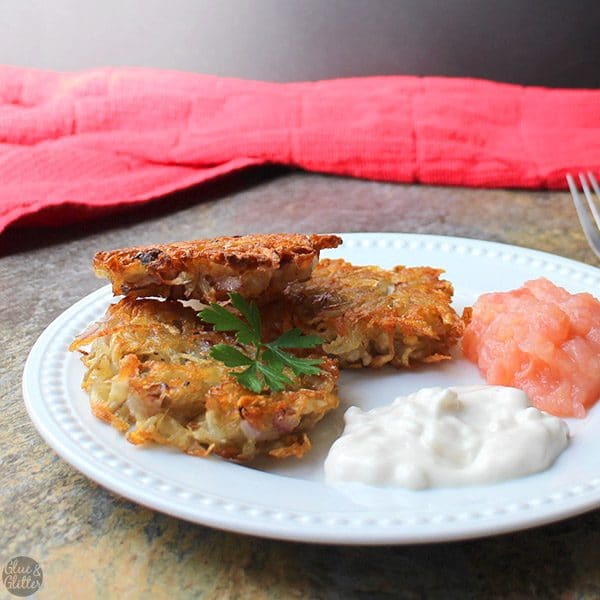 These latkes are perfectly crisp on the outside and melt-in- your-mouth on the inside. The added potato starch increases their crispiness, but it is not essential. Some russet potatoes tend to be on the drier side, but to be safe, place them in a lint-free kitchen towel, fold up the edges and give them a good wring to remove excess water. Serve this the traditional way, with nondairy sour cream and applesauce.

Whip up that aquafaba into rich, creamy mousse! A Saucy Kitchen shows you how to use it to make chocolate mousse. If chocolate isn't your thing, try strawberry mousse or coconut mousse instead.

For a Cool Whip-style vegan whipped cream, aquafaba is your friend! Try this amazing recipe from The Hidden Veggies.

Aquafaba is fabulous for getting breading to stick to things! It's what I use in my Avocado Fries: 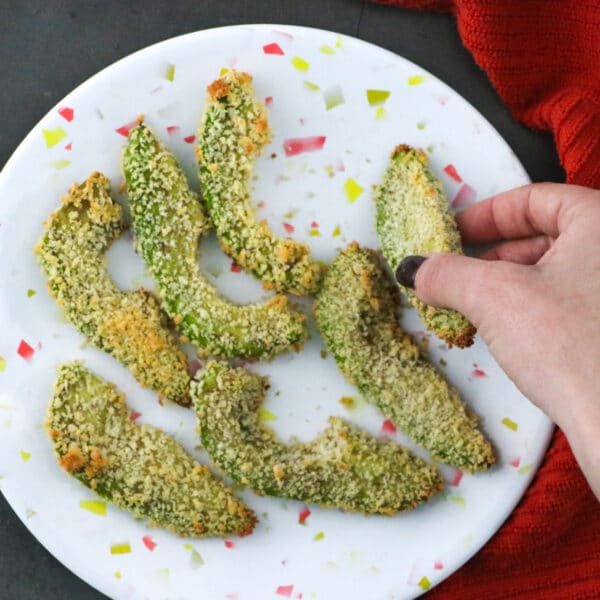 Crispy, rich, air fryer avocado fries use no added oil at all. They're kind of like magic! This recipe includes oven directions, in case you need them.

And Cadry uses it as the binder in her recipe for Fried Ravioli!

You can also use it as the binder for patties, like my Yellow Squash Patties: 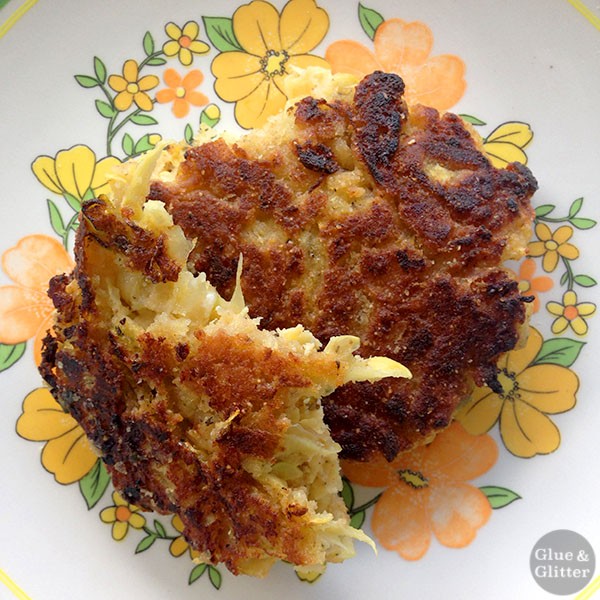 Tender, flavorful summer squash patties will remind you of crab cakes without a single crab. They're lovely with your favorite salad alongside them.

Have you done any experimenting with bean liquid in place of eggs? I'm so impressed with how people are working aquafaba magic!