Home » Vegan recipes » Are Figs Vegan? Let's Talk About It! 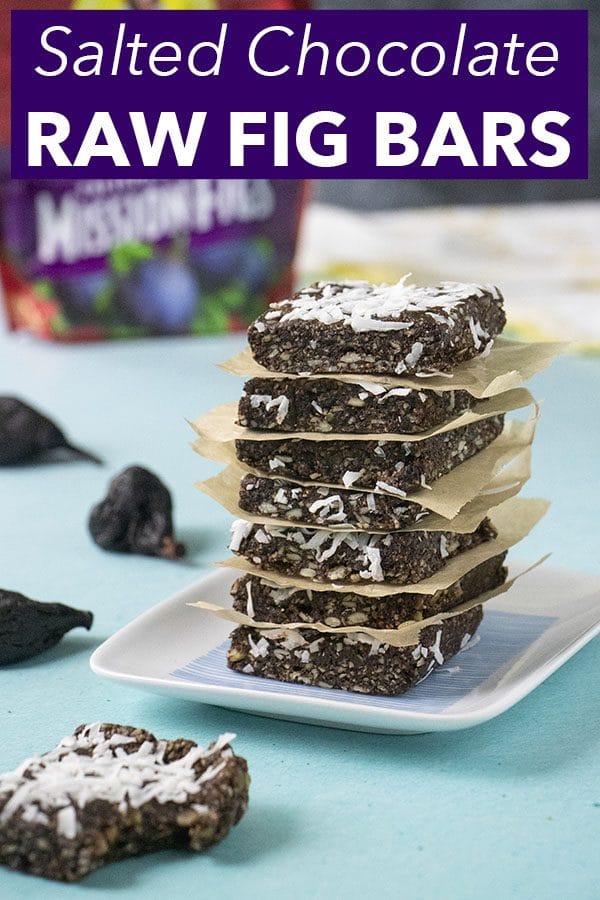 This recipe is sponsored by Valley Fig Growers. All opinions are 100% my own.

"Are figs vegan?" may seem like a silly question. Figs are fruit! But this seemingly-simple question has been a hot topic in the vegan community lately. Let's bust some myths about figs, y'all!

That may seem like yet another silly question, but it's actually key to answering the question of, "Are figs vegan?".

Did you know that a fig is really an inverted flower? How cool is that?? If you slice open a fresh fig, you can make out the stamen, pistil, and other flower parts.

It's sort of beautiful, isn't it?

But flowers are plants. Vegans eat plants. So why would anyone say that figs aren't vegan?

The Overblown Tale of the Fig Wasp

Have you heard of fig wasps? They are tiny pollinators that are crucial to the lifecycle of one variety of fig. They're about 1/20th of an inch in length, according to Linda Cain at Valley Fig Growers.

I got connected with Linda when I met a rep for Valley Fig Growers at a recent blogging conference. The rep and I were talking about how wild and frustrating this "figs aren't vegan" myth is.

It's something I'm passionate about, because I hate nitpicky things like this that make eating vegan seem impossibly hard.

We had such a great conversation at the conference that we decided to team up to dispel this silly misconception. That's when she put me in touch with Linda, who is basically a walking encyclopedia of fig knowledge.

Fig wasps pollinate Calimyrna figs by climbing inside, Linda told me. Because figs are inverted flowers, the wasps actually crawl into the Calimyrna fig through an opening at one end.

Most wasps make it out just fine, but once in a while a fig wasp will get stuck. It's because of this occasional mishap that some people say figs aren't vegan.

There are a lot of reasons that this is totally wrong. Let's talk about it!

Most Figs are Self-Pollinating

I think part of the reason that this myth is so pervasive is because people who hear it begin to imagine that a dried fig's crunchy seeds are actually tiny wasps. They aren't.

Yes, if you're eating a Calimyrna fig, there's a slim chance that a wasp got stuck inside during the growing process. As the fig matures on the tree, Linda explained, enzymes within the flower completely dissolve the wasp. There are no wasp parts inside of a ripe fig.

Here's the thing about Calimyrna figs: they are one of thousands of fig varieties grown worldwide. They make up just 1-2% of the California fig population. They're very labor-intensive to grow and are considered a specialty item, Linda explained.

That other 98-99% of figs out there? They're self-pollinating. No fig wasps required.

I bet you hadn't heard of Calimyrna figs until moments ago. But I bet you've heard of Mission Figs, because they are far, far more common. If you've bought deep purple dried figs before, chances are, they were Mission Figs.

Calimyrna figs are not deep purple. They are golden in color. But Linda says that the much easier-to-grow, self pollinating Tena fig is the golden fig of choice for most California fig growers.

Yes, figs are vegan! And delicious!

Whew! So, now you know more about growing figs than you probably ever wanted to know. If you had a tl;dr moment and skimmed down to here, just rest assured that figs are vegan.

They're also delicious and incredibly healthy. Figs are loaded with fiber, potassium, iron, calcium, and other nutrients.

Right. So now that we've settled the issue of whether or not figs are vegan, let's do some cooking, y'all!

These Salted Chocolate Vegan Fig Bars are incredibly easy to make and are a perfect snack for road trips, lunch boxes, and just having around the house for late night snack attacks.

To make them, you just run some raw pumpkin seeds through the blender to get a flour-like consistency, then mix it up with cocoa powder and a sprinkle of sea salt.

Don't put that blender away yet, though! Use it to puree Mission figs and maple syrup, until you get a sticky paste, and mix that paste into the pumpkin seed mix until you have a ball of cohesive dough.

Press the dough into a lined loaf pan, top with a sprinkle of coconut flakes, and chill until you're ready to slice into snacky perfection.

So, are fig vegan? YES! And are they a perfect base for a salted chocolate snack that tastes like dessert? HECK YES! 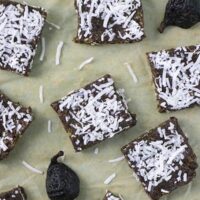