Instead of store-bought vegan cheese, you top these vegan enchiladas with smoky, spicy, homemade cashew cream. 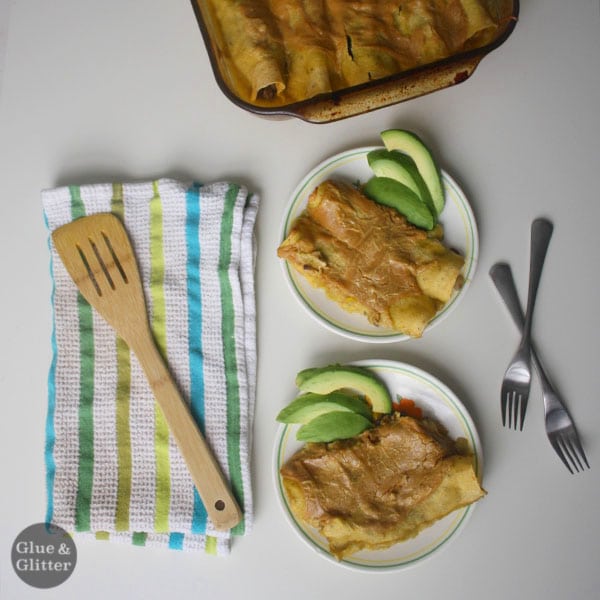 I love enchiladas, because they seem so impressive when they come out of the oven, but they're super simple to make. Don't let the cashew cream intimidate you! All that you need to do to make it is soak your cashews overnight, then puree with all of the ingredients. There's a link to my recipe in the ingredients list for the enchiladas. 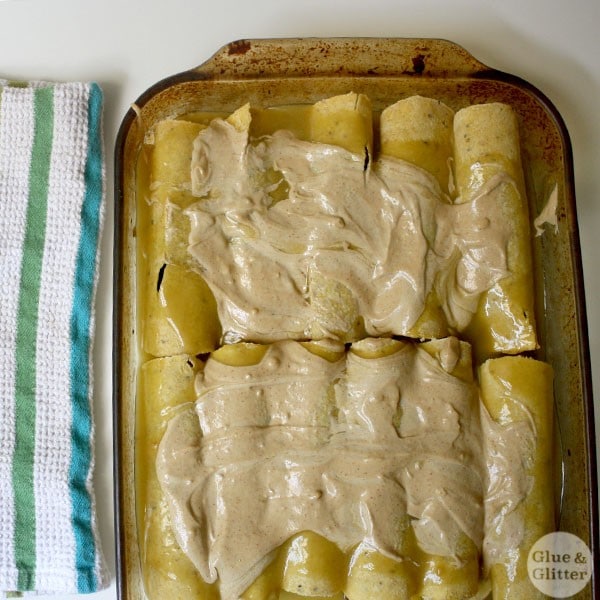 For my recipe, I used canned green enchilada sauce, but if you have a favorite homemade recipe and the time to make it from scratch, I definitely encourage it. Sarah at Fried Dandelions has a great red enchilada sauce recipe that would work well for this dish. 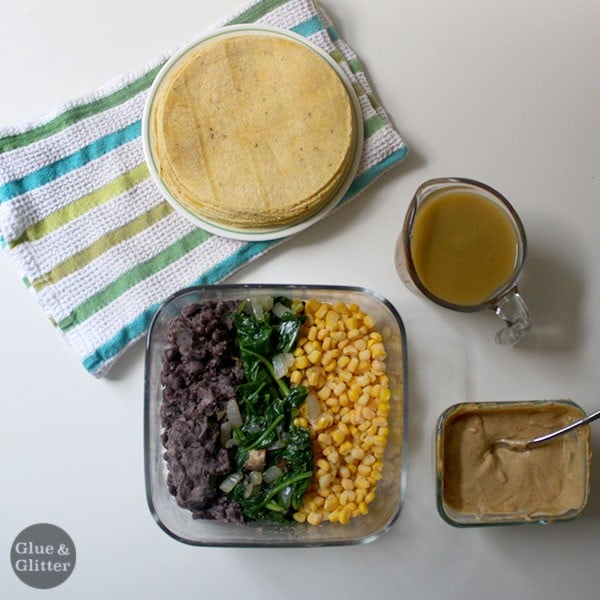 Making vegan enchiladas is easy as pie. It's actually a lot easier than pie. Just saute your veggies, roll them up, add sauce and cashew cream, and bake. 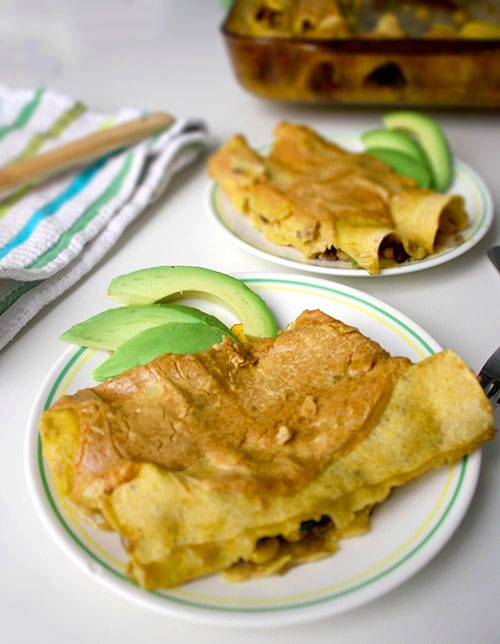 If making cashew cream isn't your thing, you can omit it from this recipe or substitute your favorite vegan cheese. I've made this recipe with Daiya Jack shreds, and it comes out great. 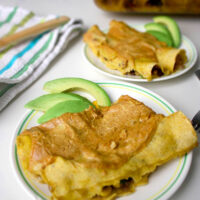 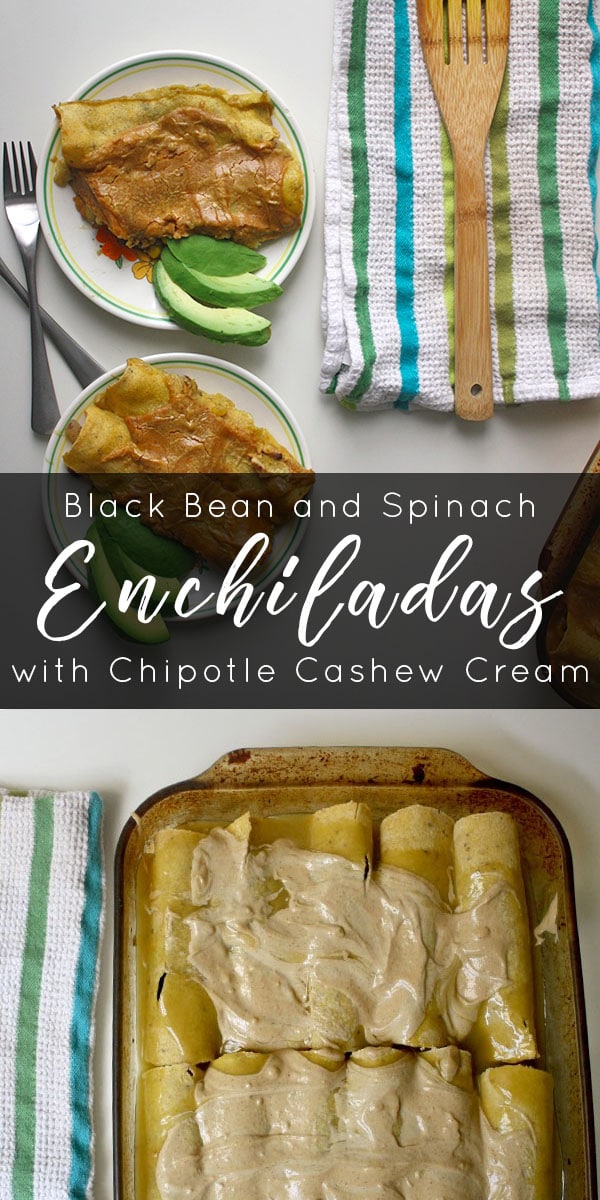