Cherry chocolate cupcakes have a sweet surprise in the center, and they're a bit healthier without sacrificing a bit of deliciousness. 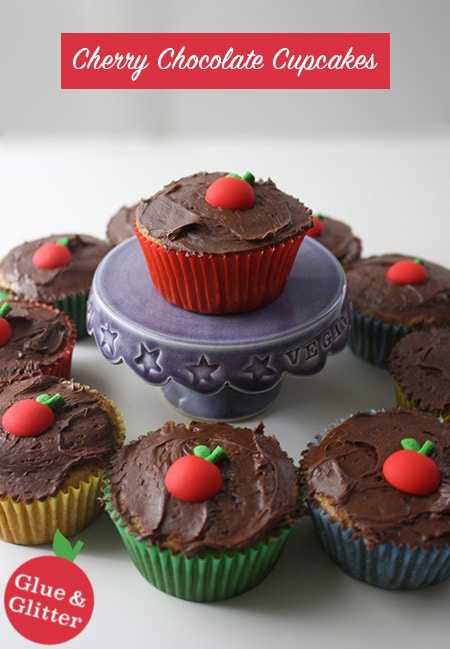 This recipe is a healthier spin on the marmalade-filled vegan cupcakes I made a few years ago. They're stuffed with fruit preserves for a sweet surprise. This recipe is also part of a cool event that NuNaturals is hosting along with Angela from the super amazing vegan food blog Canned Time. They sent me a ton of NuNaturals products to test, and the thing that intrigued me most wasn't the stevia syrups. It was a humble bag of Oat Fiber.

The directions say that you can use three tablespoons of Oat Fiber for every eight servings in a recipe. It cuts out some of the refined flour and adds fiber and nutrients. After making so much meringue, the idea of a slightly less-unhealthy dessert spoke to me. 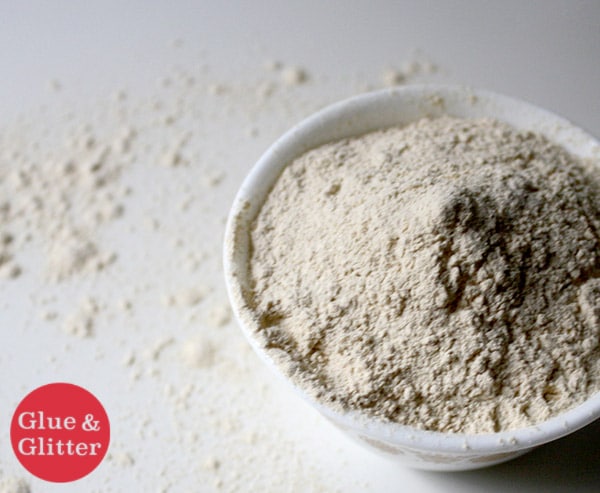 These cupcakes still aren't health food, and they still taste great, I promise! The extra fiber will help your body handle the - let's be honest - crazy amount of sugar happening in the rest of the recipe.

You can use any preserves you like to stuff these vegan cupcakes, but the cherry is super nice with the vanilla cake and chocolate frosting.

You can also make your own preserves from scratch. The recipe that this one is based on uses homemade orange marmalade, for example. There's something special about going that extra mile and making your own preserves. I won't judge if you use store-bought, though. For this round, I sure did. 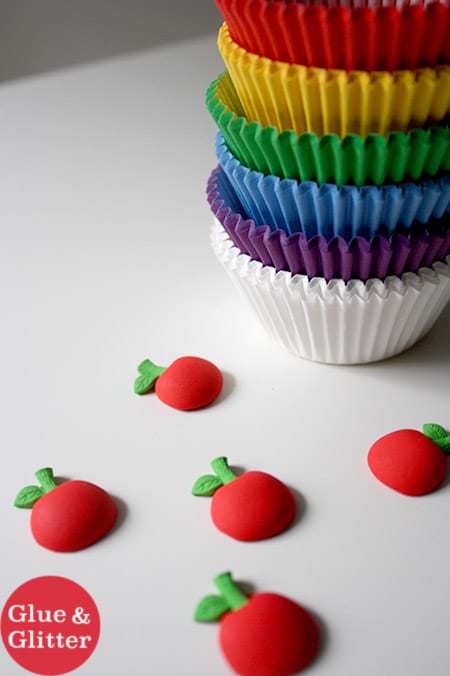 Aren't those cherry candy cupcake toppers cute? Cute is right! But they do NOT taste good. Consider them a compostable cupake topper rather than part of the dessert experience.

Note: So, I had to make a last-minute trip to Target to pick up some chocolate frosting for these, and I got a little bit out of hand in the baking aisle. If you like how these cupcakes look, you can get the rainbow cupcake liners here and find the candy cherry toppers here. I will warn you that while those cherry things look adorable, they do NOT taste good. Think of them as compostable cupcake toppers. 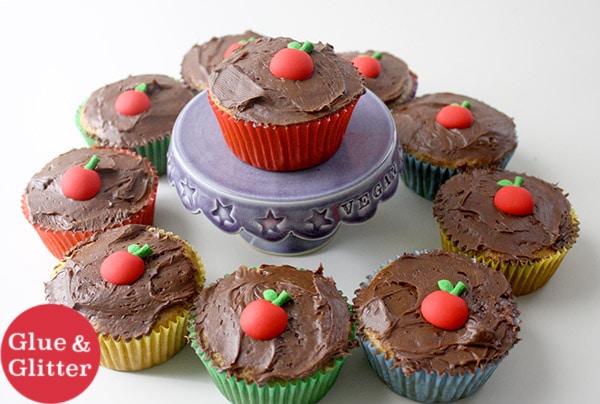