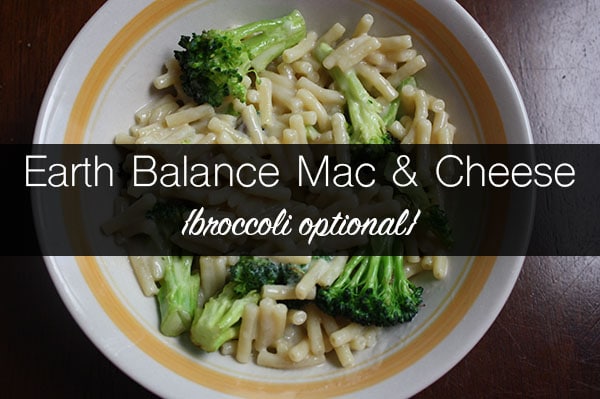 I made mac and cheese from a cardboard box for the first time in well over a decade last week. It felt good, I'll be honest with you.

Right, I know. Earth Balance Mac and Cheese is far from health food. I know that I should be making cashew cheese sauce from scratch and pouring it over organic quinoa pasta. Bad, bad vegan!

But there's something so nostalgic about mac from a box, isn't there? Pouring that packet of unidentifiable powder over white pasta with a big scoop of vegan butter reminded me of so many meals that I ate as a kid. 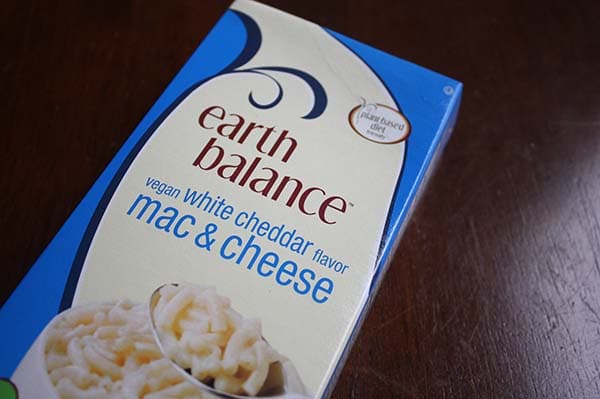 My pops wouldn't make us boxed mac and cheese very often when we were kids. And he'd always "doctor it up." He'd throw a bag of frozen peas and carrots or a panful of sauteed broccoli into the bowl. So, of course, I couldn't just eat my Earth Balance Mac on its own. 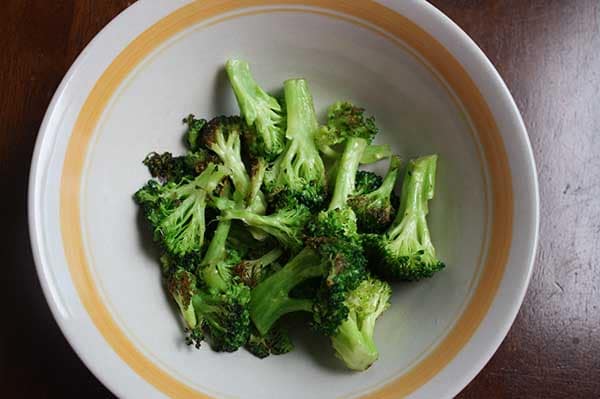 Here's where we get to the review part. One thing that I don't remember about old-school mac was the saltiness. Holy moly, you guys! I took a few bites of the Earth Balance Mac and Cheese on its own, so I could tell you how it was. It was salty. I don't know if my palate has changed or if this stuff is super salty, but I don't think I could have eaten it on its own.

When I folded about a cup of sauteed broccoli into my bowl, though, nostalgic perfection. It was so good that I had another bowl.

Which brings me to my second complaint-that's-not-really-a-complaint about Earth Balance Mac and Cheese. The box says that it makes three servings. You guys. I ate the entire box for lunch that day. In one sitting. And I was not sorry.

SO! If you pick up a box of Earth Balance Mac and Cheese, here are my recommendations:

They only had Earth Balance White Cheddar Mac and Cheese when I was at the store, so if there are other varieties, I haven't tried them yet. Are there others? Have you tried them? Also, am I overstating the salt thing? Could I wrap this review up with more questions?

More recipes you may enjoy