This beautiful green and white chili is perfect for the blustery weather we've been having around here! 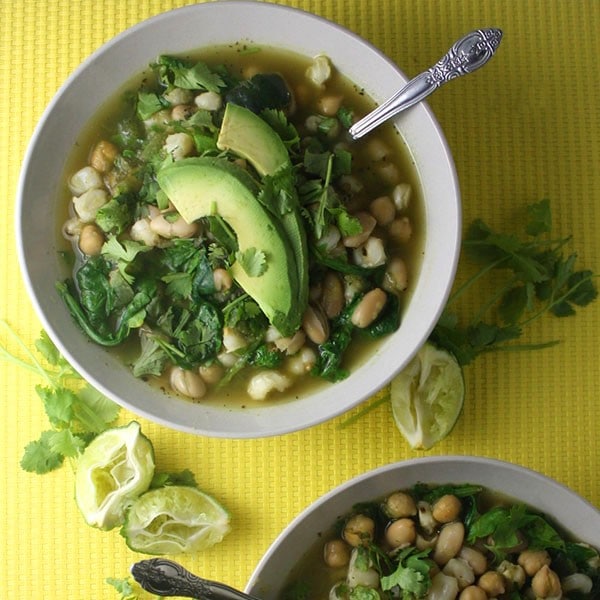 Green and white chili is a nice change from more common red chili, and it's a cinch to make!

The recipe for this chili comes from Zsu Dever's new book, Vegan Bowls. I was so happy to get a chance to review this lovely cookbook and email a bit with Zsu. She shares my own obsession with food in bowls and was developing the recipes for her book around the same time that I was working on mine.

Zsu's cooking philosophy is right up my alley. Vegan Bowls is all about delicious, well-rounded, vegan meals that you can pull together even on a busy weeknight. With three children to wrangle, she knows about getting supper on the table in a hurry. The recipes in her book come together in 30 minutes or less.

I was super excited to try her green and white chili recipe, because my family loves chili! While spicy is my favorite food group, though, Dave and Darrol are not so much on the spice. Darrol has turned down quite a few bowls of food because, "It's too spicy for me." To cut the spice in this dish, I reduced the peppers quite a bit.

Here in Atlanta, Anaheim peppers are not so common. I did a little searching and discovered that they are similar in taste to poblanos, but smaller. Instead of the four Anaheim chilis this calls for, I used one poblano. If you like more heat, you might want to use two. 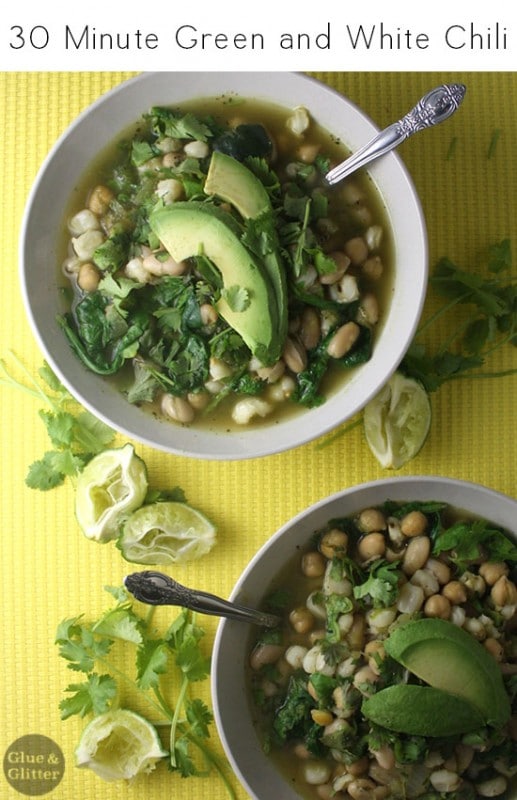 There were a couple of other substitutions that I made to accommodate what I had on hand. I'll note all of those substitutions in the recipe, as well, in case you want to cut the heat, can't find Anaheim peppers, or want to try my other small subs.

A red chili is all the rage, but the seldom-made cousin, a green and white chili, is just as flavorful, perhaps more so. This chili is full of hominy (dried and treated maize), fresh green chiles and two kinds of white beans. If you cannot find hominy, use thawed corn kernels instead.