Last week I did a pickling workshop at Darrol Henry's school. I taught the kids how to make dill pickles, and it was such a blast! 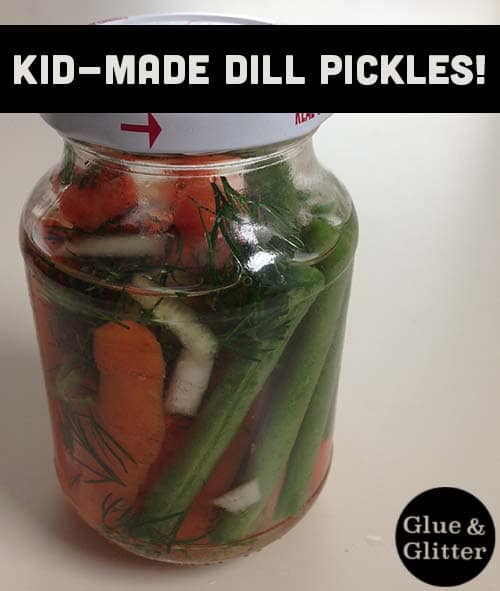 Of course, you don't need any toddlers to make this recipe. And the recipe below is for a regular sized batch of refrigerator dill pickles - about three pints worth. If you're doing a workshop, you can just scale up the recipe to make enough for however many kids you'll have.

In case you are wondering how to make dill pickles with kids, though, I thought I'd share how this workshop went down. The kids so much fun! 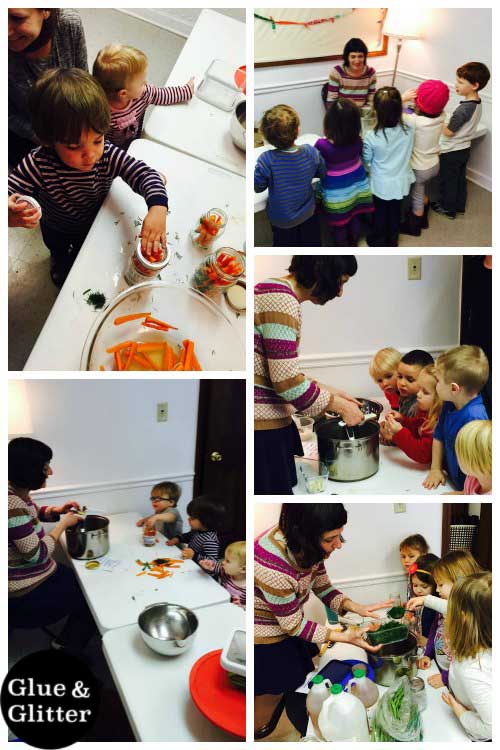 How to Make Dill Pickles with Toddlers

I wanted to keep things simple, so I adapted my pickle recipe from Okra Day to be slightly more kid-friendly. Since I was going to have limited time to work with the kids and didn't want them to get bored, this was structured a little bit differently from my usual pickling demo.

With this class, we broke the kids up into groups of six to eight, and there was a teacher present to help wrangle the kids. The youngest class was the almost-twos, and there were three of them at school that day. You'd think that the group of eight would have been toughest, but getting those younguns to focus was super tough. Especially since Darrol Henry was one of them, and he kept trying to climb over all of the pickling things to get hugs from mommy.

I'd definitely recommend doing small groups and having a teacher present to manage the kids. A smaller group and a little help means you can focus on keeping the kids engaged.

If you want to teach your own kids how to make dill pickles, here's what I recommend: 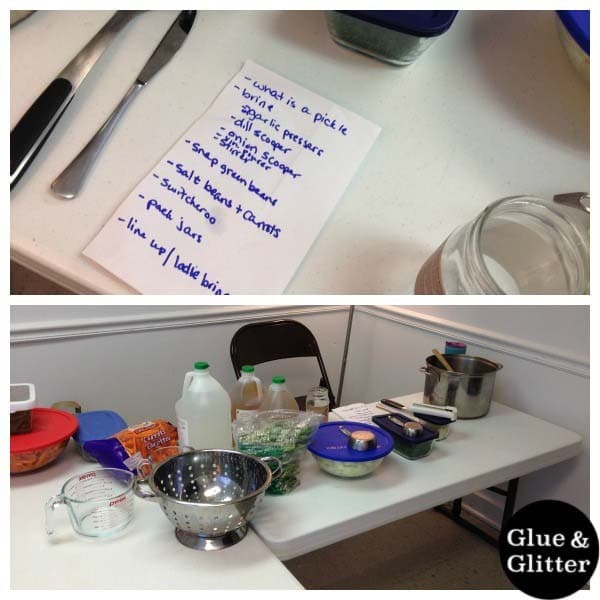 How to Make Dill Pickles

For the preschoolers, I made pickled carrots and green beans, but you can adapt this recipe to make dill pickles from basically any veggies that you want. Harder veggies, like cauliflower or carrots, need to be salted. Softer veggies like cucumbers don't. Mix it up, and have fun with it!