A caipirinha is a Brazilian cocktail packed with lime. My sister and I did one up with a healthy dose of mango, and it was fantastical! 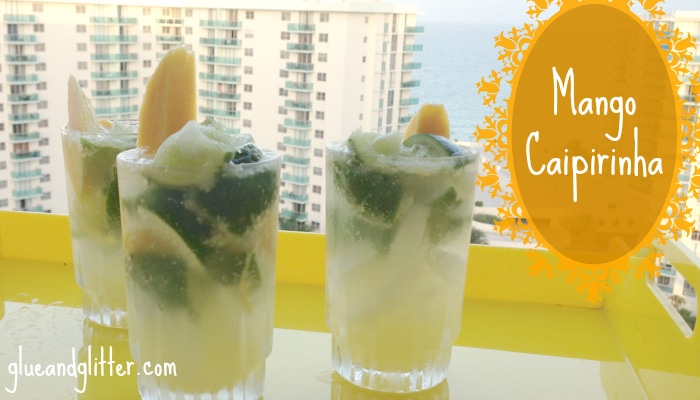 To make a caipirinha, you use a super tasty Brazilian booze called cachaca (pronounced kuh-SHAH-suh). It kind of tastes like vodka, but it's made from fermented sugar cane. It's good stuff, and you can find it at the regular ol' liquor store. I was worried that it was a special ingredient, but my sister says she gets hers at the Total Wine near her house.

A couple of weeks ago I took Darrol Henry on his very first plane trip. It was a 90 minute flight to Ft. Lauderdale where we visited my parents and sister. He was such a champ! That little dude played and laughed and even took a nap at take off. Here's a picture of him partying on the seat next to me before we took off. That's a grown up neck pillow that he's lying on: 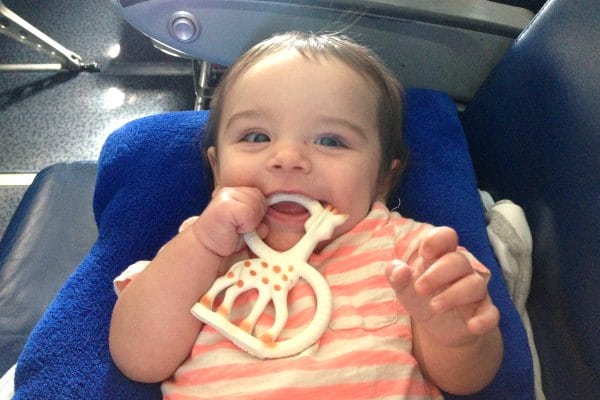 I was too pooped for more than snacks and a glass of wine on Thursday when we got there, but on Friday one of my very best friends in the whole world - Sam - came over to my mom's place, and my sister showed up with limes, mango, and a big bottle of cachaca. Mom watched Darrol Henry, and the ladies mixed up fancy cocktails to drink on the patio. Good times!

My sister's boyfriend, Kaue, is from Brazil, and he hipped her to the wonders of cachaca. I don't think I'd ever had a caipirinha before this, and it was delicious! Each one has two limes in it, so it's super refreshing, and the mango adds a nice sweetness that went really well in this kind of strong cocktail.