This mushroom recipe is one part nostalgia and one part mushrooms that you cook in your waffle iron. Meet Mushrooms Under a Brick! 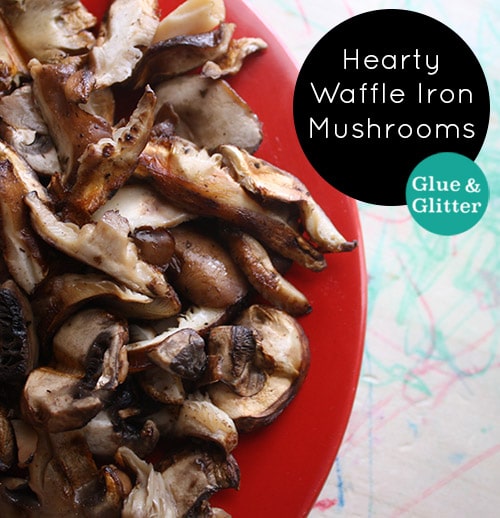 Many, many years ago, my friend Liz and I ate supper at Five Seasons here in Atlanta. At the time, the menu included a dish called Expensive Mushrooms Under a Brick. It was apparently a vegetarian take on a dish called Chicken Under a Brick, and we were super intrigued. After a few beers, we decided to spring for it. And I haven't stopped thinking about it since.

Real Mushrooms Under a Brick are cooked in a cast iron skillet, under another heavy pan weighted down with - you guessed it - a brick. That seems like a lot of work, though, so my mushroom recipe dreams kind of fizzled.

Cut to about a month ago, when Dave and I decided to finally take the waffle iron plunge. I have been on the hunt for a waffle iron for years. What's always stopped me is that waffle irons are all coated with nonstick. Nonstick coating is bad news. It contains nasty chemicals like PFOA that leach into your food. I didn't want cancer waffles, so I held off. And held off.

Until I found the Oster DuraCeramic Waffle Maker. It's PFOA free! It got pretty good reviews! We have been making waffles every Sunday ever since.

So back to the mushroom recipe. Dave went to LA for work a couple of weeks ago, leaving me on my own for supper. After Darrol Henry went to bed, I decided to entertain myself by putting mushrooms into the waffle iron. My first batch of Mushrooms Under a Brick came out tasting good but not quite as well done as I'd hoped. 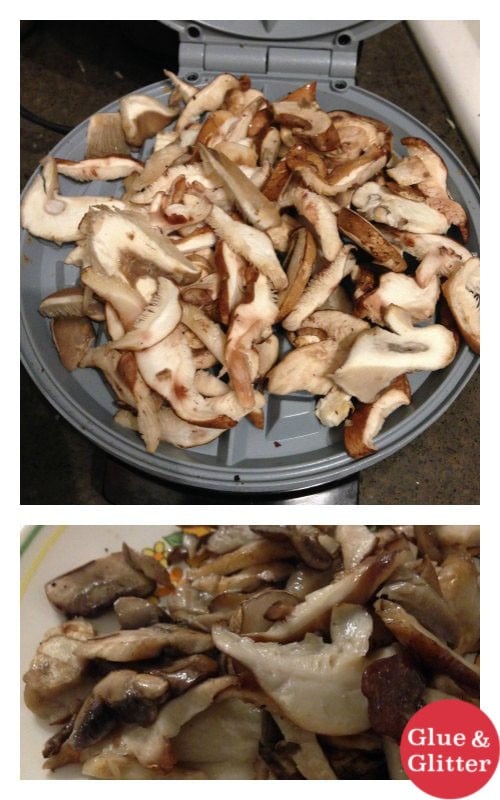 These mushrooms were good, but not quite the hearty goodness that I was going for. It took some more tries to hit real mushroom recipe success.

After a couple more tries, I have got this mushroom recipe down. These mushrooms have a toothsome, meaty texture, and some of the thinner ones are just a little bit crispy. They're freaking awesome, and I can't wait to make them again!

Previous Post: « How to Make Dill Pickles (with 23 toddlers - optional)
Next Post: Small-Batch Kiwi Gin for a Gin Cocktail Recipe to Come »