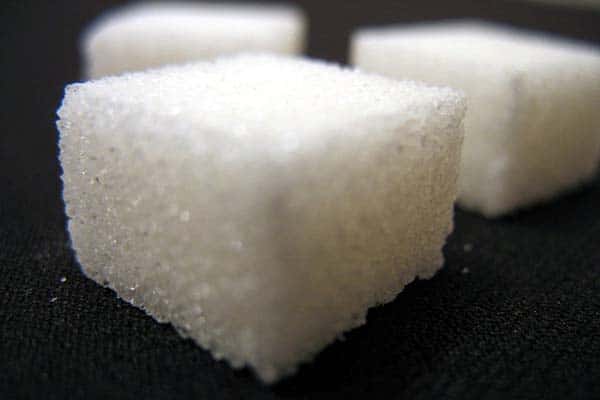 I was debating whether or not to even talk about this here, because the whole thing is rather personal but! After going through the gestational diabetes test, I decided that the more folks sharing stories about it the better!

About a month ago, I flunked my blood sugar test. To be honest, I wasn't too surprised about this. I've always had kind of weird blood sugar issues, though I've never been tested for hypoglycemia. Sugar issues run in my family - my mom and sister are the same way. When we get hungry, it's often an emergency complete with cold sweats and shaking. I still remember the time my mother passed out while waiting for a table at a restaurant in London. She was fine, and we got seated immediately.

When I flunked the test, my doctor couldn't see me to do the gestational diabetes (GD) test for another three weeks. They sent me home with a paper on how to eat for the weekend leading up to the test and basically no other information. Research is what I do, so when faced with a potentially scary situation, I turned to the Internet, looking for other women's stories and some sound medical advice.

There is a lot of conflicting information out there about what you should and shouldn't eat if you have GD. Since GD can be harmful to both mom and baby, I decided that for the three weeks up to my test I would eat as if I had GD, just to be on the safe side.

Basically, for three weeks I cut out all refined sugars and grains. No cookies. No toast. No oatmeal. No rice. I still ate a good share of carbs from beans, veggies, nuts, and fruit, but since I'd read several accounts of even whole grains making ladies' blood sugar spike, I decided best to err on the side of caution.

I'm actually planning to keep limiting grains, because I felt really good while I was eating that way. Since I did flunk the one hour test, I'm going to keep avoiding refined sugars until this baby gets here (with the exception of a cupcake at my baby shower in March!).

Not nearly as fun as a three hour tour, the three hour blood glucose test is no joke. In my research, I came across a lot of horror stories about this test. People passing out, throwing up, or just plain feeling terrible for the whole three hours. Those stories are the main reason that I wanted to share mine.

In the three days leading up to the test, I had to eat a special diet, prescribed by my doctor. The diet basically said to eat three meals a day including two servings of carbs at each meal, and to include four servings of food per day from a special list. Here are some highlights from the list:

Yes, each of those was one serving, and I was supposed to have four per day for three days.

The idea is to load up on sugar, because the test is seeing how you handle massive amounts of sugar. Not everyone who takes the three-hour test gets prescribed the same diet, though. The one my doctor gave me seemed very extreme compared to others that I read about, to be honest. Talk to your doctor or nurse if you have concerns about the diet.

My inner seven-year-old was thrilled, but in practice it kind of sucked. That is a ton of food, you guys! To be honest I didn't eat as much sugar as they said to. I did my best, but by the night before the test, I couldn't face another 16 ounce glass of juice. It was kind of like when your dad catches you smoking and makes you smoke a whole pack of cigarettes in one go.

You're supposed to stop eating eight hours before the test, so I skipped breakfast the next morning and headed to the doctor where I drank the sweetest drink I've ever had in my life. It was "fruit punch," but super syrupy. Think Hawaiian Punch that you've boiled to cook off half the water. They gave it to me cold, which helped, and it was not a thrill to drink, but not terrible.

You get four blood tests: one fasting, then one per hour for three hours after you have the weird punch. In between, you just wait. I had also scheduled my monthly doctor's appointment for that time period, so that exam broke the time up some. There's nothing like hearing your baby's heartbeat to cheer you up! If you can combine appointments like this, I highly recommend it!

I didn't feel super amazing after the drink. I was a little tired and vaguely woozy. I bomited once - you know, when you burp and a tiny bit of whatever you just ate comes back up? - but no full-on barfing. Dave brought his laptop, so I sat in the waiting room and did research for an article for the first hour. After that, I was feeling too tired to be productive, so I basically played games on my phone for the remaining two hours. It wasn't the severe sickness I'd read about, though. I just didn't feel like I'd do my best work, you know what I mean?

After the test, I ate the banana I'd brought with me, and Dave and I picked up lunch on the way home. I was too tired to get any writing work done, so I spent the afternoon on boring paperwork and paying bills that didn't require too much brainpower.

Unlike the accounts I'd read, my doctor didn't give me immediate results. The lab tech said that they wanted the most accurate readings, so they send the three-hour blood tests to an outside lab. I just heard back this morning, and I passed!

Maybe I'll celebrate with some whole grain pasta with supper!

Gestational diabetes is no joke. The scariest impact I read about was an increased birth weight for your baby. That might not sound like a big deal, but it can cause horrible complications for both mother and child. A bigger baby means a c-section is more likely, and if you are able to have a vaginal birth, your baby is more at-risk for problems like brain damage, because he's bigger than your body was ready to handle.

My meals were always very healthy, but around them I'd been eating a lot of junk during my pregnancy, so part of me is glad that I had this experience. Like they say on Sesame Street: cookies are a sometimes food!

Have any of you guys taken the three hour gestational diabetes test? I'd love to hear your experiences, too!