If you're new to making jam, this homemade orange marmalade recipe is a great place to start. 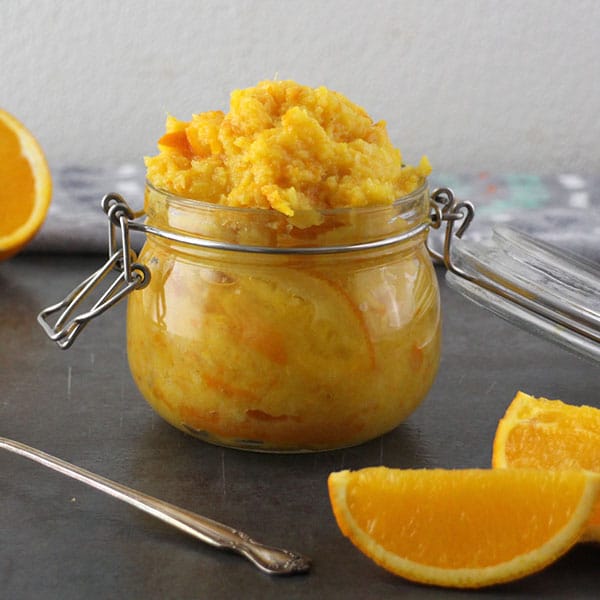 My son watched Paddington not too long ago and has been talking about marmalade ever since. In the movie, the bears not only pretty much live off of orange marmalade sandwiches, but there is more than one scene where they make it from scratch. Obviously, I had to dust off my old homemade orange marmalade recipe and knock his socks off.

He basically thinks I'm a magician now, so mission: accomplished! 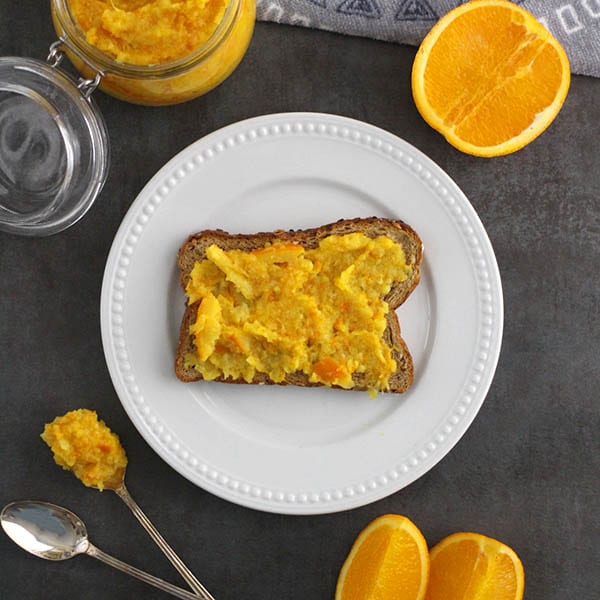 Jam-making might seem a bit daunting, but don't let this orange marmalade recipe intimidate you. There are a lot of steps involved, but none of them are hard. If you can chop, boil water, and stir things, you can do this.

This recipe is adapted from Patricia's Meyer Lemon Marmalade that she posted at Eat Drink Better. It's simple, and the results are a delight!

Making Your Orange Marmalade & Storing It

Don't get put off by the number of steps below. Here's the orange marmalade recipe in a nutshell:

Orange Slices, Ready to Cook Down into Sweet, Sweet Marmalade!

That's it! To make it this recipe accessible to a 5-year-old's attention span, we played a board game in the kitchen to occupy us while we waited for things to boil and cook. He loved juicing the oranges, watching the marmalade's progress as it cooked, and using the immersion blender to thicken the finished product.

This recipe does not use a hot water bath, which means your orange marmalade needs to be stored in the refrigerator, and you need to eat it within a few weeks of making it. 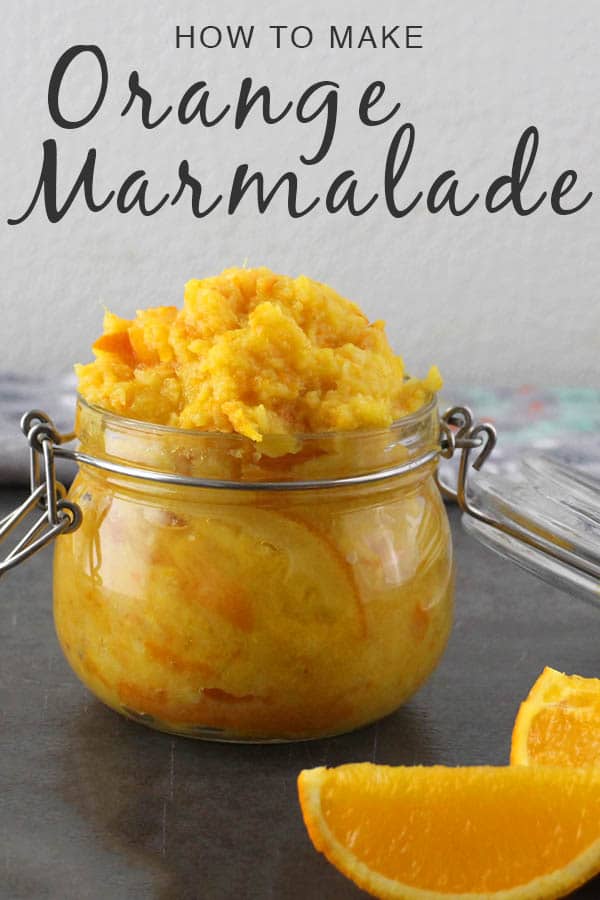 If two pints seems like a ton of marmalade to eat in about a month, I encourage you to share the love! Have a jam-making party with a friend, and split the goods. Or gift a half- or full-pint to someone special. They'll think of you every time they use it on their toast. 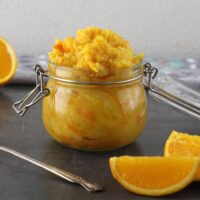 This recipe yields around 2 pints of marmalade, which is about 32 2-tablespoon servings.

Calories: 35kcal
Tried this recipe? Share your photo!Mention @GlueAndGlitter on Instagram or Twitter!
« Make and Take: Vegan Cornbread Mix
How to Make Vanilla Extract from Scratch »