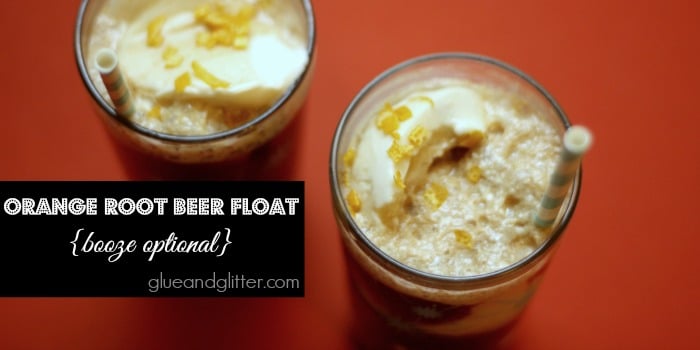 You can make this recipe with or without the booze, but either way your orange root beer float is not going to be a health food situation. It's sweet. It's loaded with ice cream. It's decadent, and I'm not sorry.

My friend Rob Lamb was the one who suggested a root beer cocktail. My husband picked up a few bottles of hard root beer a few weeks ago, and we had just cracked one open when I mentioned that I didn't have a cocktail recipe sorted out for this week. The hard root beer reminded Rob that he and his wife Bonnie have done some root beer cocktails that were pretty delicious. "Root beer cocktail" became "root beer float cocktail," and a few days later Dave was kind enough to pick up a four pack of fancy root beer for me.

You can use any brand of root beer you like in these root beer floats as long as it's a brand you like drinking. The orange adds an interesting dimension, but it's still the sodapop that shines in this recipe.

The other fun part about making this orange root beer float is that my friend Bonnie - Rob's wife - helped me out with the photos. 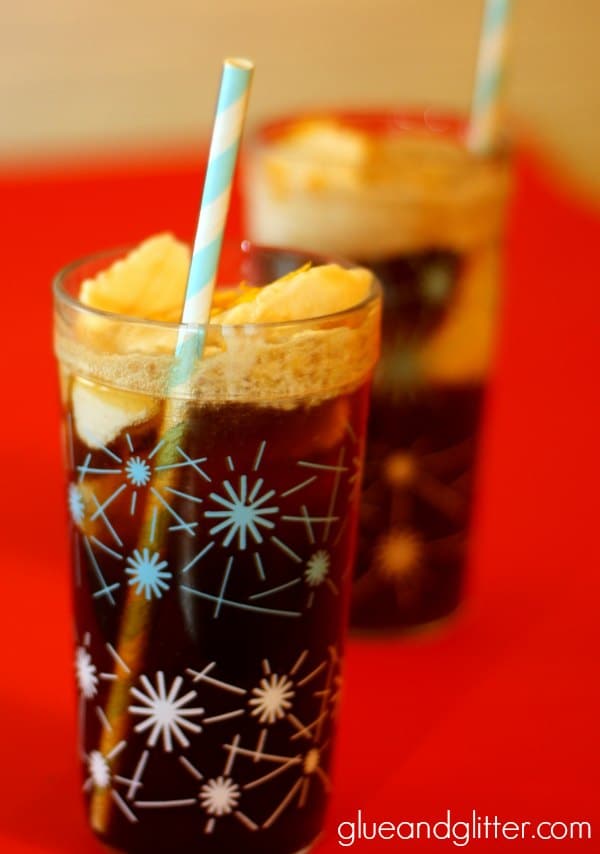 Right now, I'm sort of relegated to taking food and drink photos when the planets align. It needs to be a sunny day during the small period where we get good light through the kitchen window, and Darrol needs to either be sleeping or playing independently. It's a little bit stressful, and Bonnie is helping me come up with an affordable lens and lighting situation so that I can be on the clock a little bit less.

This recipe was really a Striepe and Lamb family effort, is what I'm saying!

Orange Root Beer Float with or without Booze