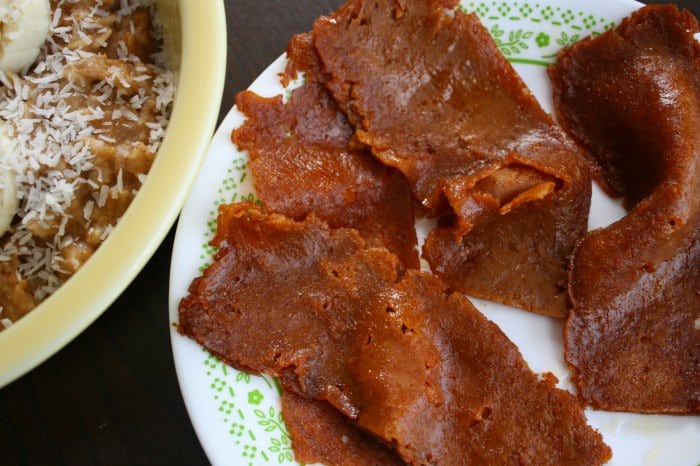 Woo! I finally got my hands on Upton's Naturals Bacon!

I served my Upton's Naturals Bacon as a side dish. Wondering what's in the bowl on the left? That's a Tropical Oats Bowl, a recipe that's going to be in my BOWLS! cookbook.

I have been drooling over photos of Upton's vegan meats on Instagram, Facebook, and Twitter for ages, so when the Whole Foods in my neighborhood finally started stocking this brand, I snatched up a box of vegan bacon to try!

Upton's bacon is seitan-based, which is probably my favorite meat substitute. Seitan is chewier than tempeh or tofu, and I think it does a much better job of getting that "meaty" texture without artificial ingredients. 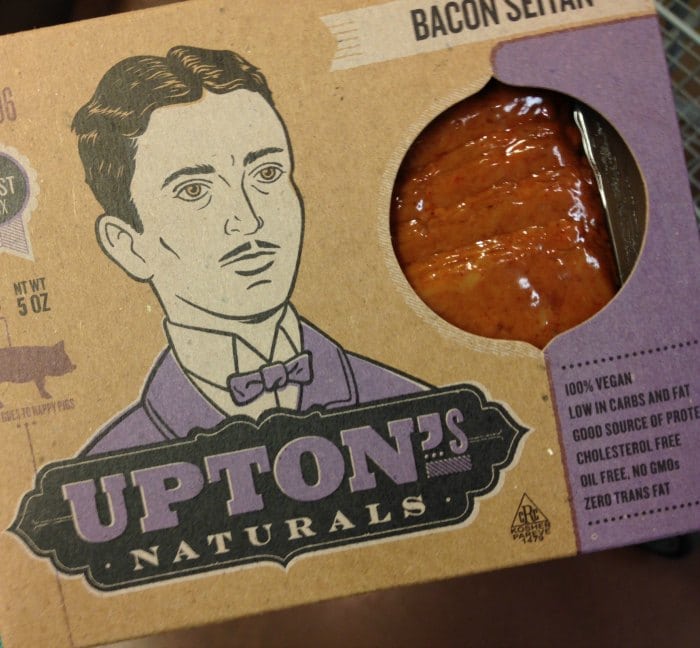 So, I could have gotten inventive, like Cadry did with her seitan gravy, but after such a long wait, I really just wanted a plate of straight up Upton's Naturals Bacon. One box has two servings, so I did get a couple of shots to experiment.

Upton's Naturals Bacon is sliced very thinly. So thinly, in fact, that when I cooked it up the first time, I accidentally fried two slices at once. And you know what? I think I prefer it this way! I realized what was happening halfway through the first batch of bacon, and the doubled-up strips were my favorite when it was all done.

The bottom strip got super crispy in the pan, and the top one stayed a little bit soft. This kind of gave it a more bacon-like mouth feel. Though I want to stress that if you're fresh off of meat-eating, this is not going to taste like bacon to you. But if you're like me, and it's been years, the two-two-two-strips of Upton's bacon might just be the ticket!

Like I said, I tried this two ways. Which kind of overstates what happened. The first time I cooked this up, I used olive oil. The second time, I used coconut oil. Coconut oil worked best, in my opinion, since it's a richer fat.

In conclusion, here's how I recommend cooking up this stuff!