Hearty, healthy vegan gumbo is a perfect warm-you-up meal. This tomato-free, Cajun gumbo is easy to make, with plenty for leftovers.

This recipe is on the time-consuming side - it takes about an hour and a half to make - so I would suggest making it on a weekend. The recipe serves eight people, so if you have a family of four, you can get two meals out of one round of cooking. Cook it for Sunday supper, and you can have gumbo again later in the week. 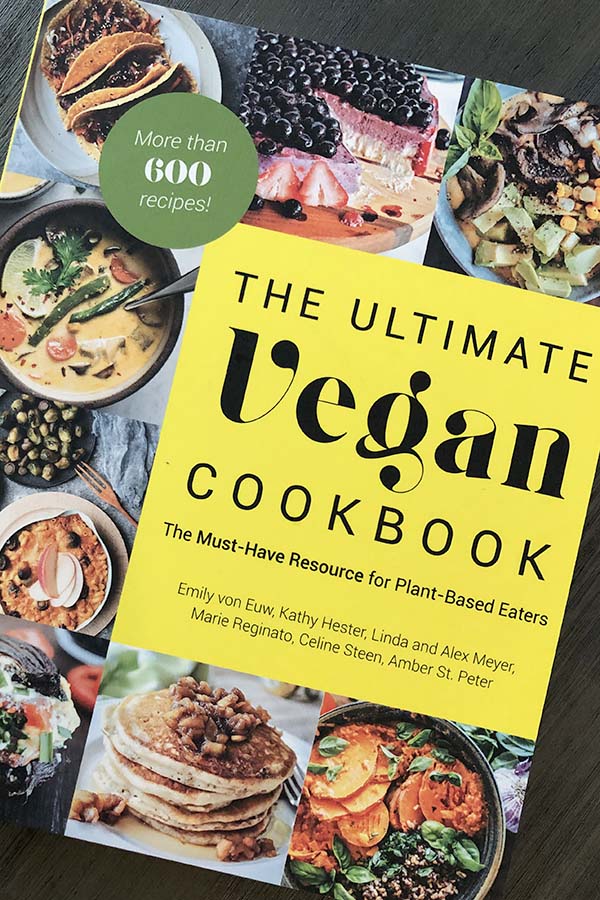 This recipe is from The Ultimate Vegan Cookbook, a compilation cookbook that includes a few of my favorite vegan recipe developers:

The book is packed with over 600 vegan recipes for every meal and from appetizers through desserts. There is also a chapter of just recipes that take 30 minutes or less to make and another dedicated to kitchen gadgets.

Some of my food blogger friends have also shared recipes from this epic cookbook. Here are some others to check out:

This vegan gumbo recipe is one of Kathy's, and I think you're going to love it! 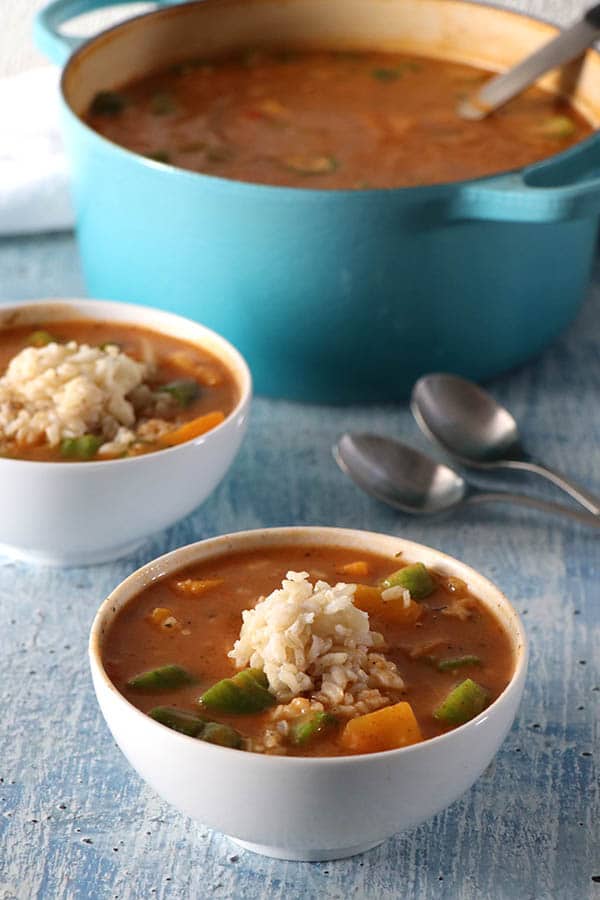 I know that at first glance this recipe does NOT look simple, but trust me. It's totally doable, even if you want to hide under the bed at the mere mention of the word "roux."

Stay with me. I'll walk you through all of the things.

The first thing to know is that the roux in this recipe takes a long time - about 30 minutes - to make. The good news is that you don't have to stir a roux constantly, just frequently.

Keep that temperature LOW, and stir often, and you can do other prep work while your roux cooks. That will significantly cut down on your total cooking time. I factored in some prepwork during cooking when I calculated the total time. 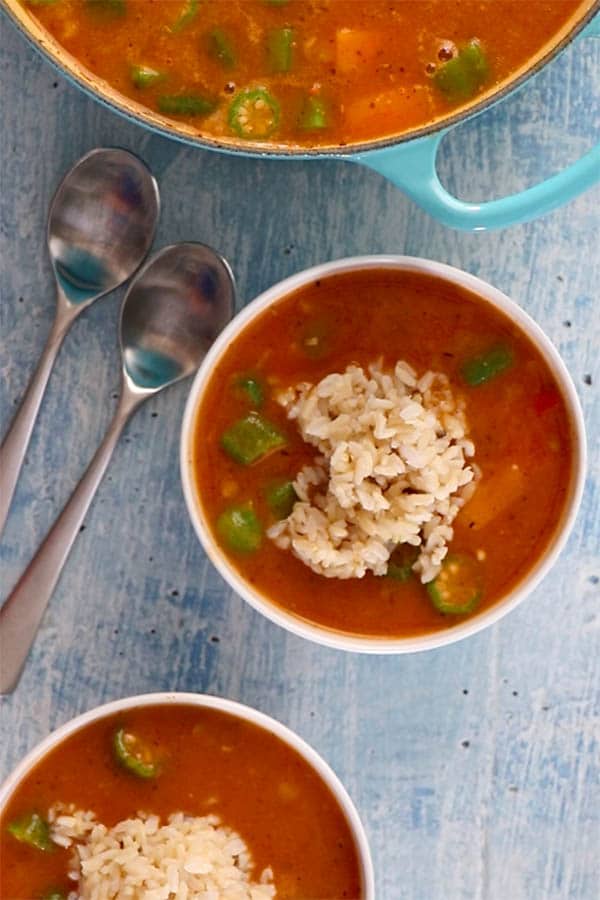 I'd wash and peel everything and prep the butternut squash beforehand, then get the rest of the veggies (except the okra) chopped during roux-making time. It's also a good idea to start your rice cooking now. I used my Instant Pot to make my rice, because of course I did.

Once your roux is toasty brown, you're ready to saute the first batch of veggies, herbs, and spices to fragrant perfection. For this portion, you do want to keep a close eye on the pan, and stir a lot, so nothing sticks.

You can chop the okra during the saute, because chopping okra is super quick.

After that, you just add the water, okra, squash, and sausage or beans, and simmer to vegan gumbo perfection. 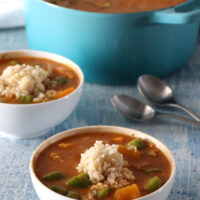 This is a Cajun gumbo, so it does not contain any tomatoes. The roux is what thickens the gumbo and gives it a deeper flavor. Butternut squash isn’t a traditional ingredient, but I think it works well. I used my homemade vegan andouille sausage recipe from my book, The Ultimate Vegan Cookbook for Your Instant Pot, but you can sub your favorite store-bought sausage.
Prevent your screen from going dark
5 from 1 vote
Print Pin Rate
Course: Main Course
Cuisine: Vegan
Keyword: cajun gumbo, gumbo recipe, vegan gumbo
Prep Time: 20 minutes
Cook Time: 1 hour
Total Time: 1 hour 20 minutes
Servings: 8
Author: Kathy Hester