A vegan s’mores cream pie: all of the goodness of s’mores in pie form. 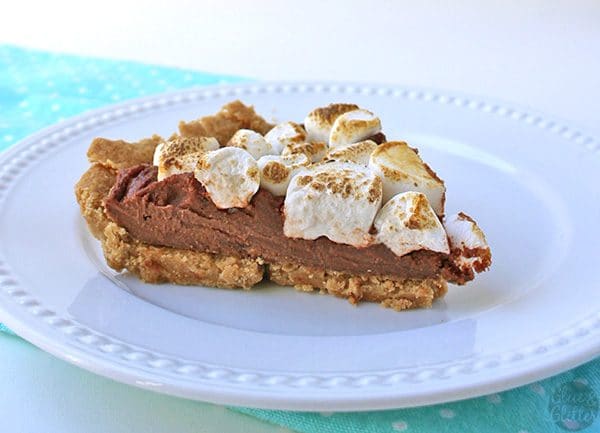 The Atlanta Vegan Bake Sale is coming up, and I wanted to do something a little bit different for it. This Vegan S’mores Cream Pie is one of my contributions to the sale, which is raising money for Atlanta Veg Fest. The sale is this weekend: Sunday, April 24 from 11am to 2pm at the Cabbagetown Community Center.

Veg Fest is one of my favorite events of the year. I always leave with kind of a high after a whole day surrounded by fellow vegans, so if a little Vegan S’mores Cream Pie can help them cover expenses, I’m down.

Plus, it was an excuse to see whether my go-to vegan cheesecake recipe would translate to a full-on, chocolate cake/pie situation. Spoiler: it did! 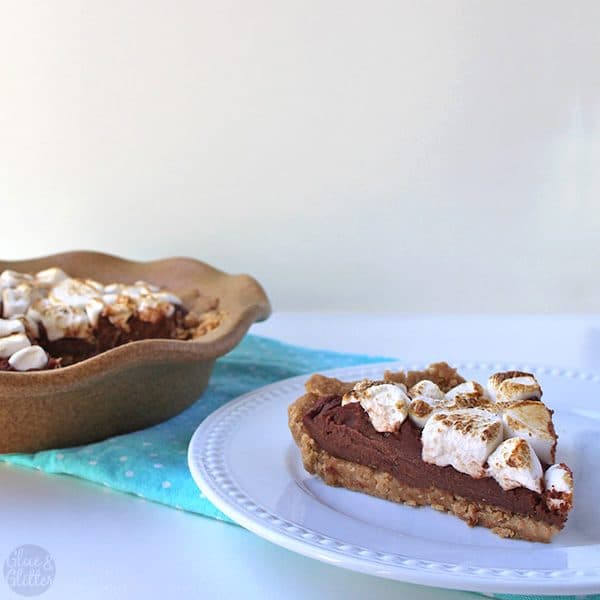 This pie has three parts: 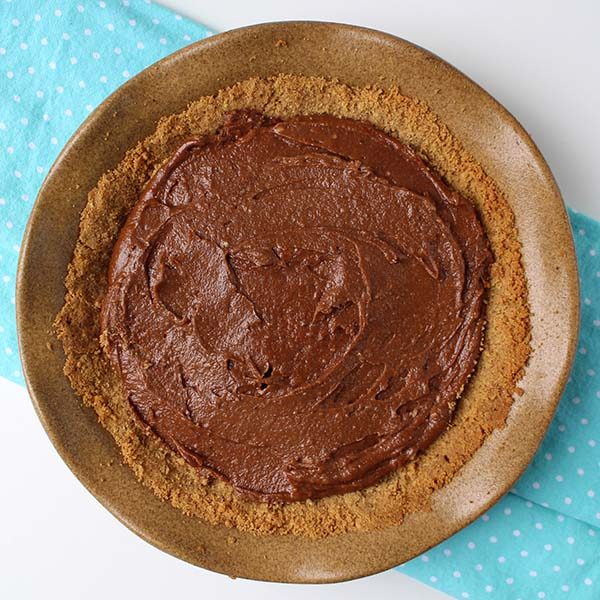 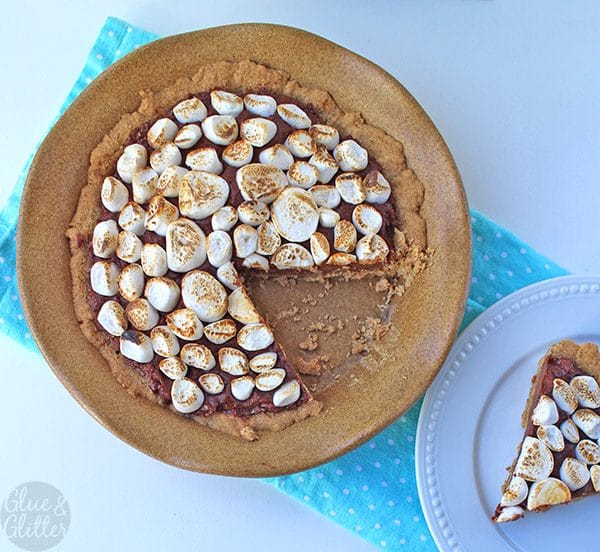 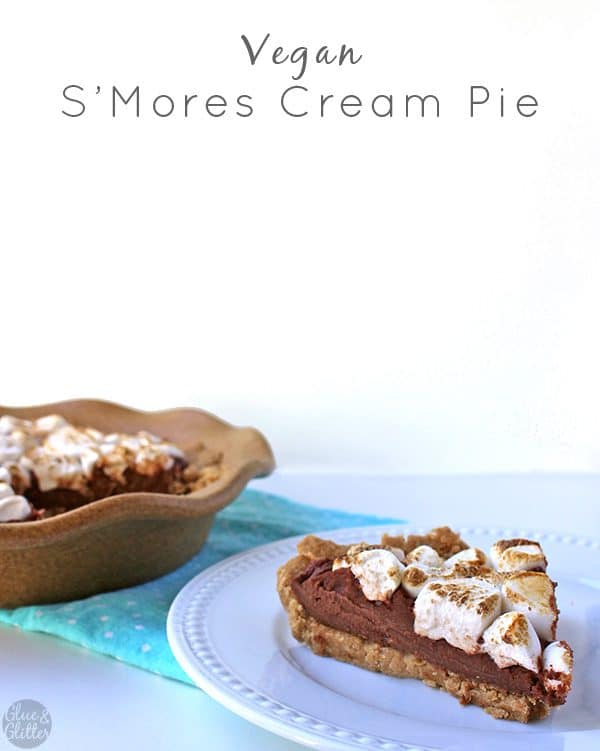 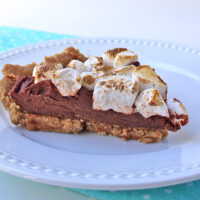 A vegan s'mores cream pie: all of the goodness of s'mores in pie form. You can make your own crust, using the included recipe, or you can use store-bought. Do what works best for your time budget!
Print Pin Rate
Course: Dessert
Cuisine: Vegan
Keyword: s'mores, vegan chocolate
Prep Time: 2 hours 45 minutes
Total Time: 2 hours 45 minutes
Servings: 8
Calories: 350kcal
Author: Becky Striepe

For the Graham Cracker Crust

You can totally make this recipe ahead! If you want to save yourself some work on the day you’re planning to serve this pie, make the crust and filling, and instead of sticking the filled crust in the freezer, refrigerate it overnight. Then, all you have to do day-of is top with vegan mallows and broil.