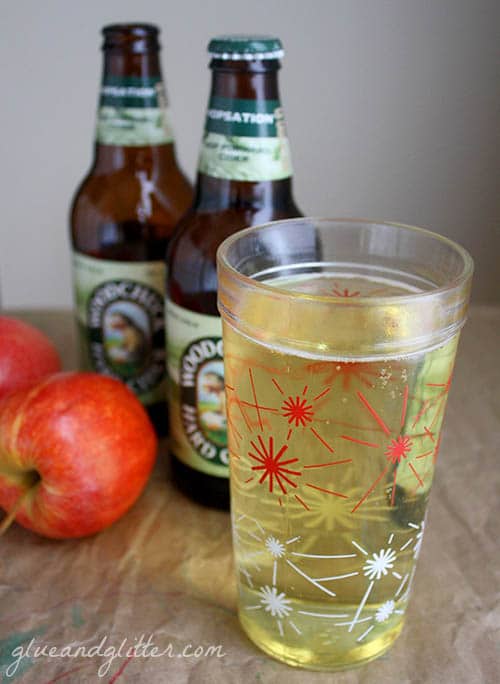 Disclosure - The folks at Woodchuck Cider sent me a couple of bottles of their new Hopsation: hard cider infused with hops. The infusion is meant to bring a little hint of IPA to their cider recipe. They didn't compensate me in any way for this review.

Before agreeing to do this review - as always - I confirmed with my contact that this product was vegan (read here about why some beers, wines, and liquors are not vegan).

PR contacts aren't always the most knowledgeable about what's in a product, though, so I cross-checked on Barnivore.com. Hopsation isn't listed there yet, but since every single other Woodchuck Cider was vegan, I felt confident that this PR person had good information.

I'm more of a wine or cocktail gal, but when I do have a beer I tend to go for an IPA. I know: IPAs are super trendy right now. So trendy, in fact, that I have been seeing a bit of a backlash about them.

But you guys, I think there's a reason that IPAs are popular. They can be intensely complex, and even within the world of IPA the taste can vary dramatically. For some folks, a super bitter, hoppy IPA is perfection. I tend to like my IPAs on the citrusy and flowery side. Sort of grapefruit-meets-chamomile (and they both shake hands with hops for a second).

I also have quite a few friends who are very into ciders, and from listening to them talk at length about which ones they like I can tell you that cider tastes vary as widely as tastes in IPA. 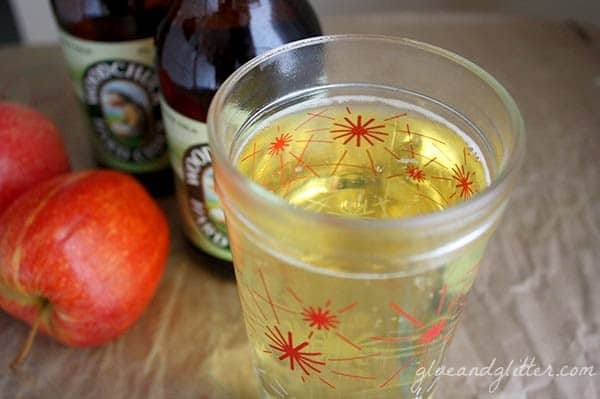 The point here is that Woodchuck took two things that folks are very particular about and blended them together. Pretty ballsy, and I do appreciate risk-taking!

I was a bit skeptical about this hoppy cider situation, but the taste is a pleasant surprise. It didn't remind me of an IPA at all, but it did taste like a nice, balanced cocktail.

There's a bit of sweetness from the apple cider, and the hops gives you a bitter taste right at the end. The aftertaste almost reminded me of grapefruit zest, and you know how I love a sparkling grapefruit cocktail.

Since I'm not much of a cider drinker, I asked my friend Rob to taste the other bottle that they sent me. He said it was "a pretty weird cider." Sort of like "drinking apple juice out of daddy's beer glass." He also said that it's on the sweet/tart side of the cider spectrum, which isn't really his thing.

So, there you go! Two completely different takes. Have you guys tried Hopsation? What did you think about it?