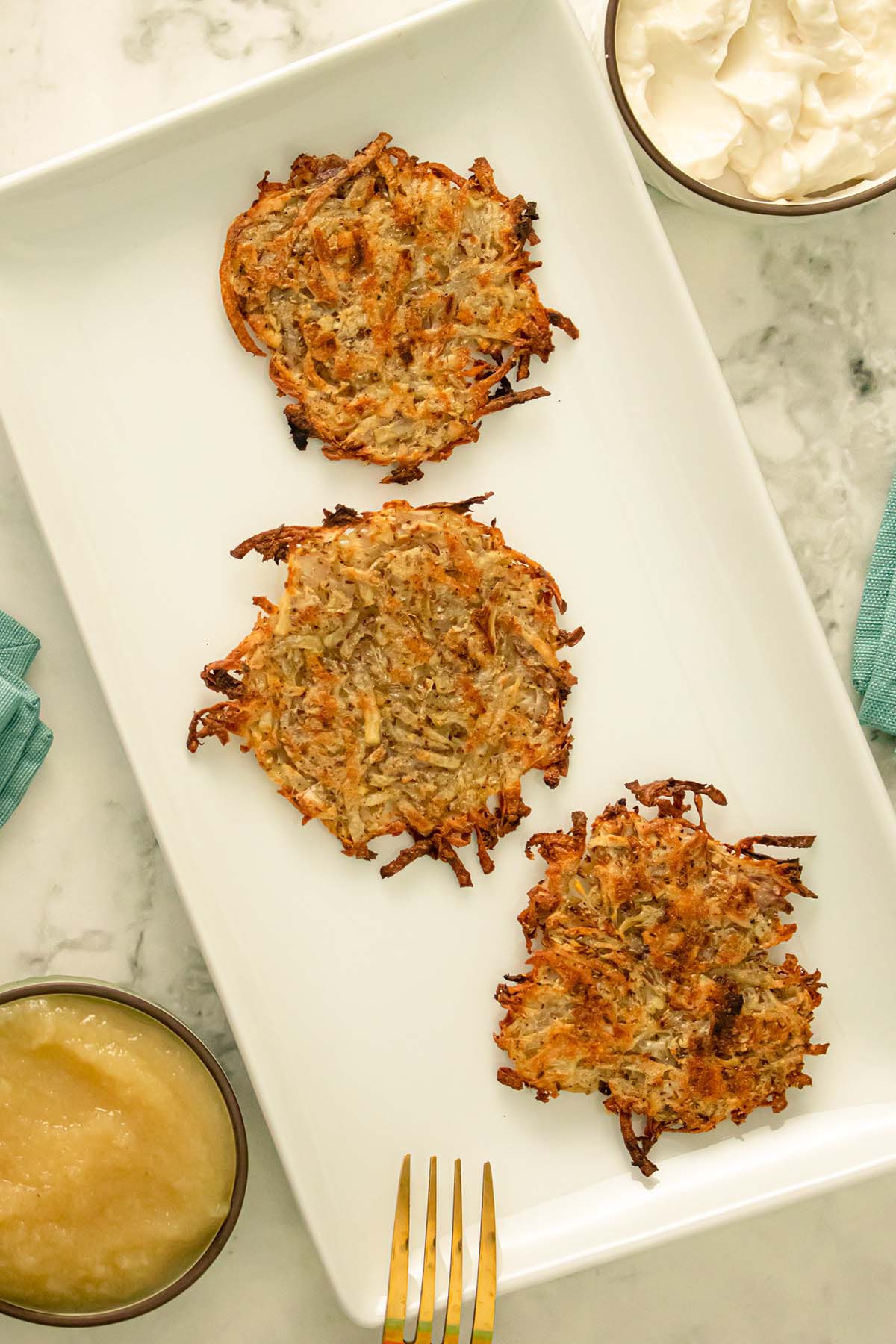 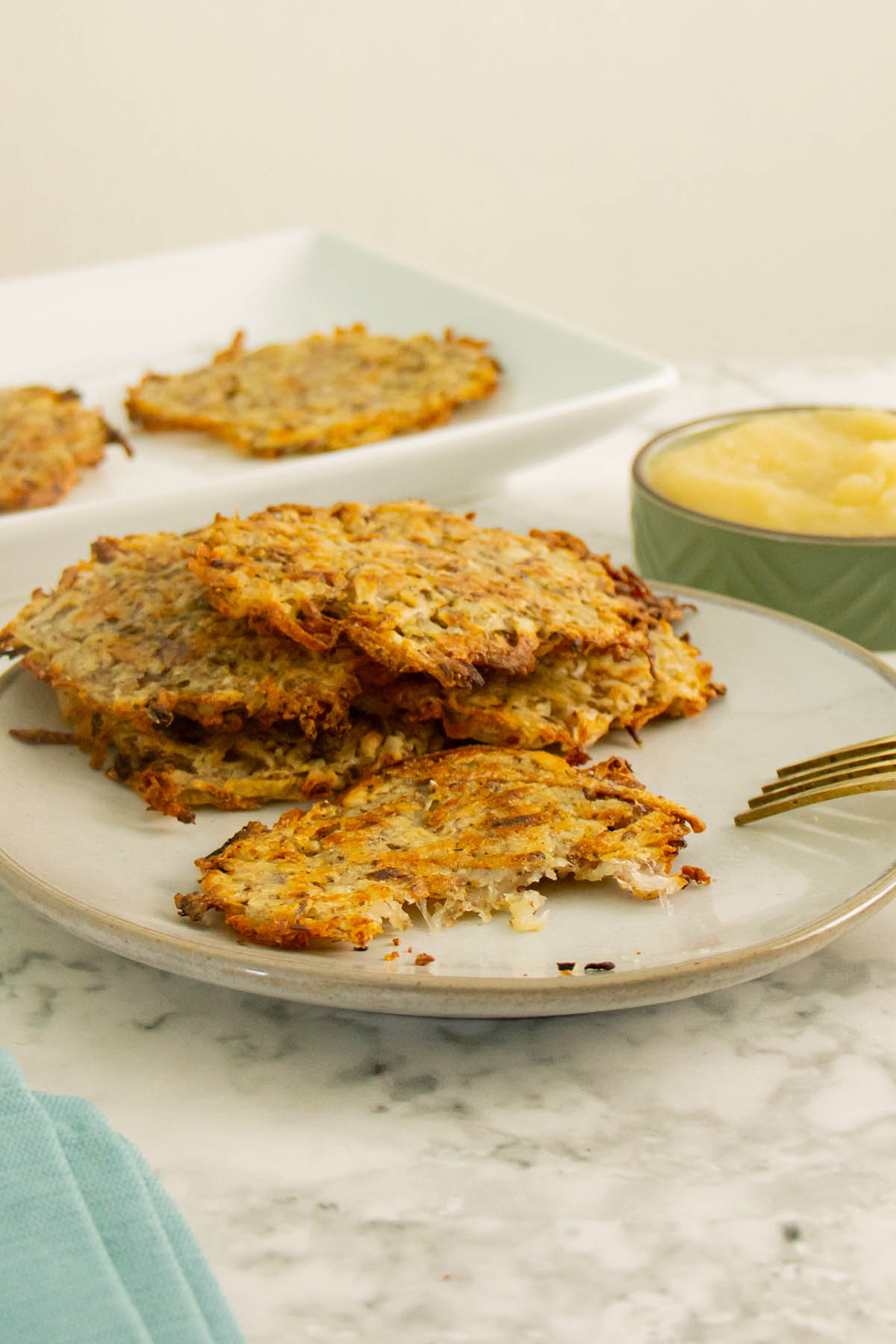 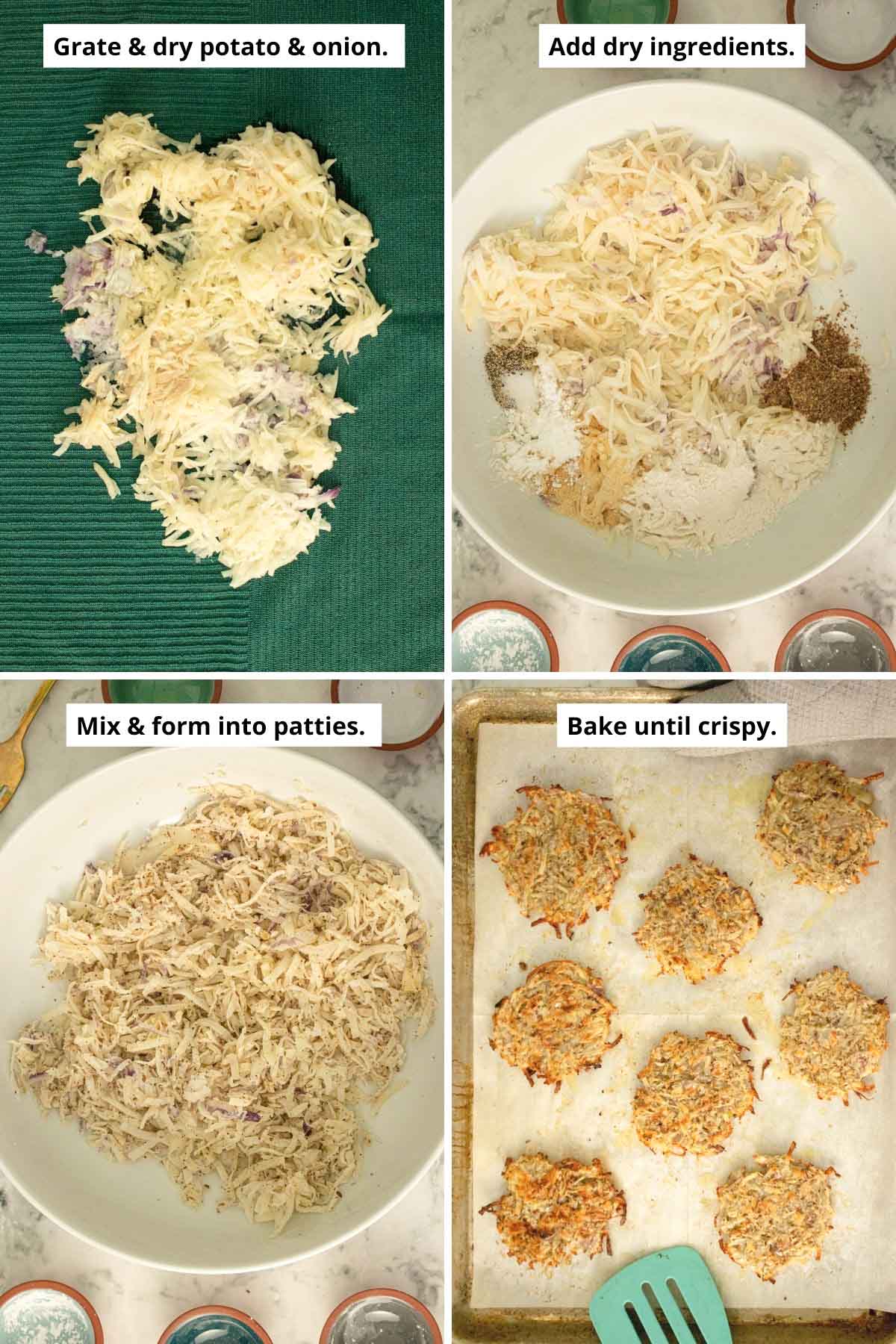 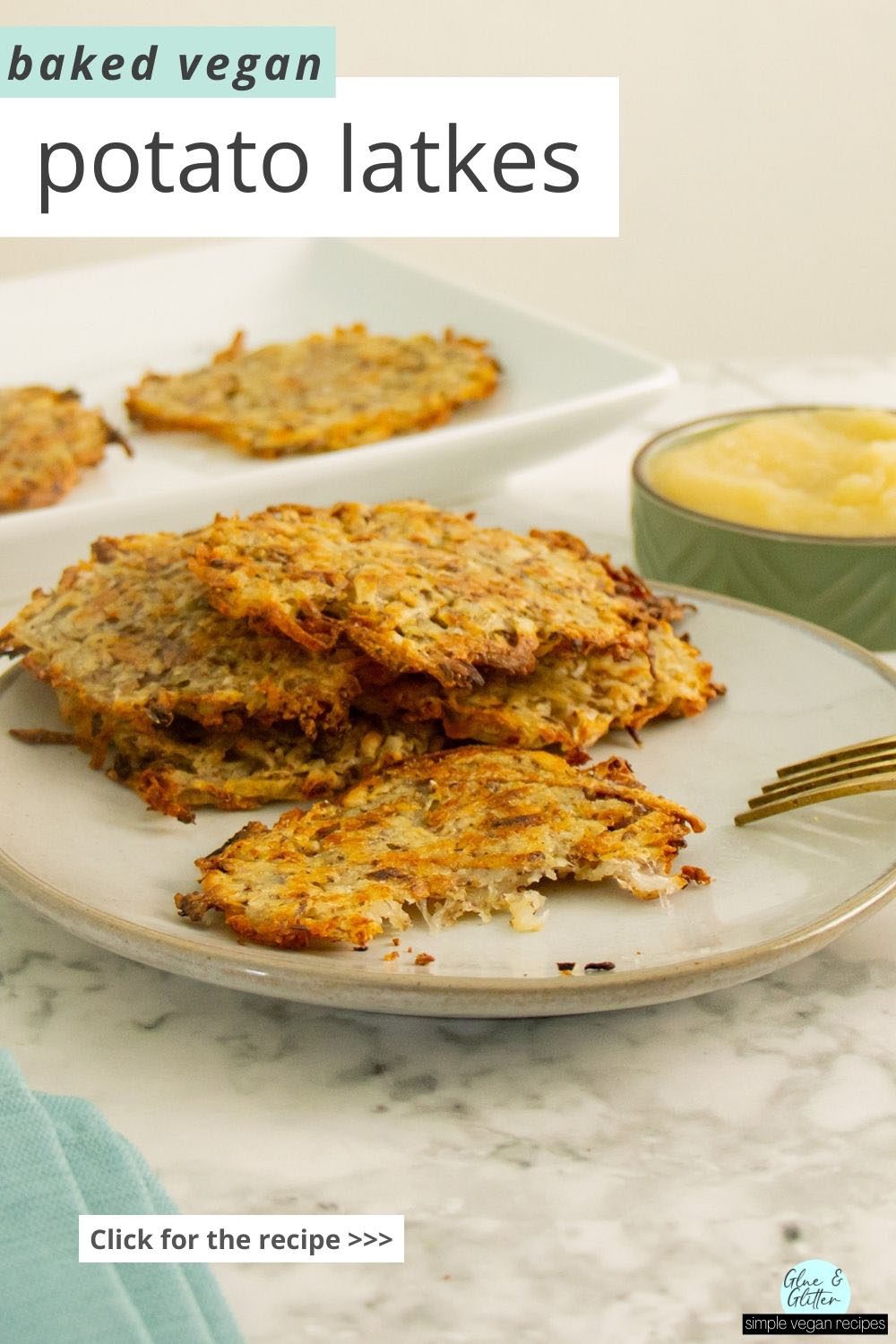 Easy vegan potato latkes are crispy and tender. You bake them in the oven, and they can even be made gluten-free and with no oil.

Don't you just love a crispy latke dipped in cooling applesauce or vegan sour cream? These vegan potato latkes are perfect for Hanukkah (or anytime, really), no standing over the stove needed.

What I love about baking latkes is that they all finish cooking at once. No need to keep anything warm or stand over an oil-popping pan. Just pop those latkes into the oven, and you're good to go.

How to make perfect baked latkes

To make your latkes, you start by shredding a peeled russet potato and half a red onion. You can do this in the food processor or using a box grater.

After peeling, you need to thoroughly dry the potato/onion mixture. This step is what can make or break your finished latkes.

To dry the veggies, transfer them to a clean cooking towel, and wrap them up. Then, just wring the heck out of them over a bowl until the towel is basically soaked through.

If you're doubling this recipe, do this in two batches, using a dry towel for each one.

Divide the potato mixture into eight patties and shape them on a lined baking sheet.

These patties will not be cohesive at all at this point. Just form them and press them into shape and trust the process.

Spray your uncooked latkes with oil, and bake them. Then, flip, spray again, and bake until the tops are golden brown.

How to serve latkes

Store leftover latkes in an airtight container in the fridge. They will keep for around five days. Reheat leftovers in the oven or toaster oven at 350° F for around 10 minutes.

The spray oil is optional, but your latkes won't brown as well if you do choose to omit the oil. They'll still be delicious! Just not as brown and crispy. Store leftover latkes in an airtight container in the fridge. They will keep for around 5 days. Reheat leftovers in the oven or toaster oven at 350° F for around 10 minutes. You can multiply this recipe! If you're doubling, dry the potato-onion mixture in two batches, using a dry towel for each one. If you're tripling, do it in 3 batches, and so on.

Can you double this recipe?

You can! You can even triple it, if needed.

What are the best potatoes for latkes?

You want russet or Idaho potatoes for latkes, ideally. You can use Yukon gold potatoes instead, in a pinch.

What is the difference between potato pancakes and latkes?

Potato pancakes are a bit thicker and use mashed potatoes as a binder. Latkes, on the other hand, use baking powder and -- traditionally -- eggs to hold them together. Vegan latkes use egg replacers, like flax meal, as a binder instead.

Latkes are often made with egg, but they can be totally vegan! These vegan potato latkes use flax meal and cornstarch to replace the binding properties of eggs.

Are latkes the same as hash browns?

They're certainly similar, but they're not exactly the same. Hash browns tend to be looser and more rustic in shape. Latkes are formed into a rounder shape before frying. Latkes also tend to include a binder, while hash browns don't.

More Vegan appetizers and side dishes