I've lived in Atlanta for 14 years, and it was about time I perfected my vegan pimiento cheese recipe, y'all. 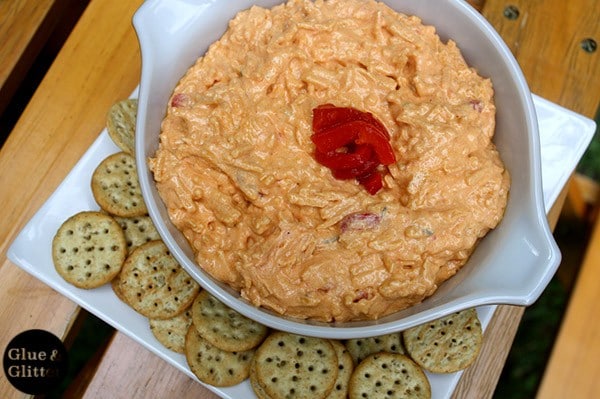 My new favorite vegan pimiento cheese recipe! It's so, so easy.

For the past couple of months, I've been working on a fun blog rehab project. This site has been around since 2008, and my focus has changed a few times since then. My photography and recipe-writing has evolved a lot, too.

It felt like time to refocus this space, so I've been methodically going through my archives, starting at the very beginning. Fluffing older recipes that have confusing directions or vague ingredients, deleting posts that are just no longer relevant to this site, and picking recipes that need a total face lift.

This vegan pimiento cheese falls into the latter category. The recipe had no photo at all, which automatically makes it a do-over. I also developed it years ago, and vegan cheese has come a long way since then. 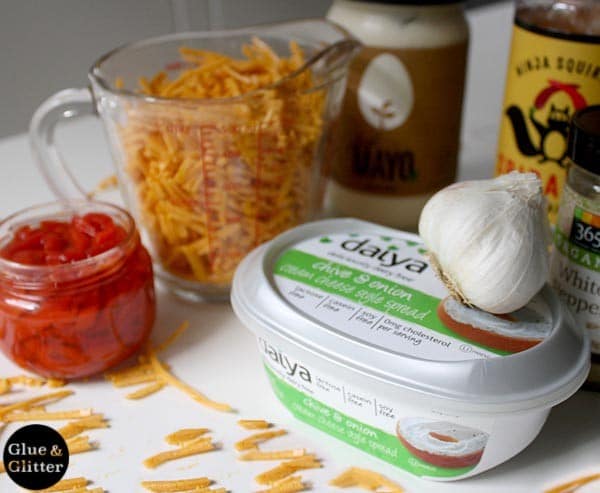 The recipe below is a revamped version of the one that I posted back in 2009. The original was pretty freaking delicious, but this version using Daiya cream cheese and their cheddar shreds blows it out of the water.

But what the heck is a pimiento anyway?

Back when I was first shopping for this recipe, my friend Liz asked me what a pimiento even was. It reminded me that, until my vegan pimiento cheese quest began, I didn’t know, either!

A pimiento is a variety of pepper, usually available tinned or in little jars. You can usually find them alongside the olives. When they’re not featured in pimiento cheese, they're often stuffed into green olives.

To make vegan pimiento cheese, you puree half of your pimientos and leave half as-is. The puree gives the finished recipe its vibrant orange color, and the pieces add a nice texture and freshness to what's otherwise a very rich dip or spread. 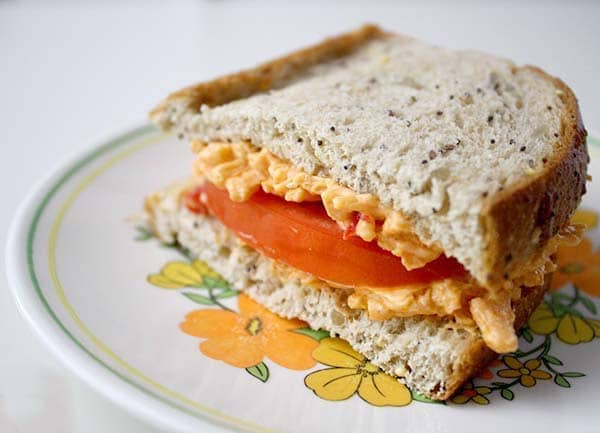 Pimiento cheese is great as a sandwich spread, and you can also use it as a dip. Heap it into a pretty bowl with crackers on the side, and you are in business.

The great thing about this vegan pimiento cheese recipe is that it's super versatile. You can change things right up to suit your tastes! Do two teaspoons seem like too much hot sauce or not enough? Change it! Can't find the exact cream cheese that I used? Substitute it!

Do you have a favorite pimiento cheese recipe? My favorite part about this Southern staple is that everyone has their own favorite way to make it. There are basically infinite combinations of mix-ins like pickled relish, chopped olives, and all sorts of spices. I’d love to hear other folks’ (or your mom’s or grandma's) recipes. 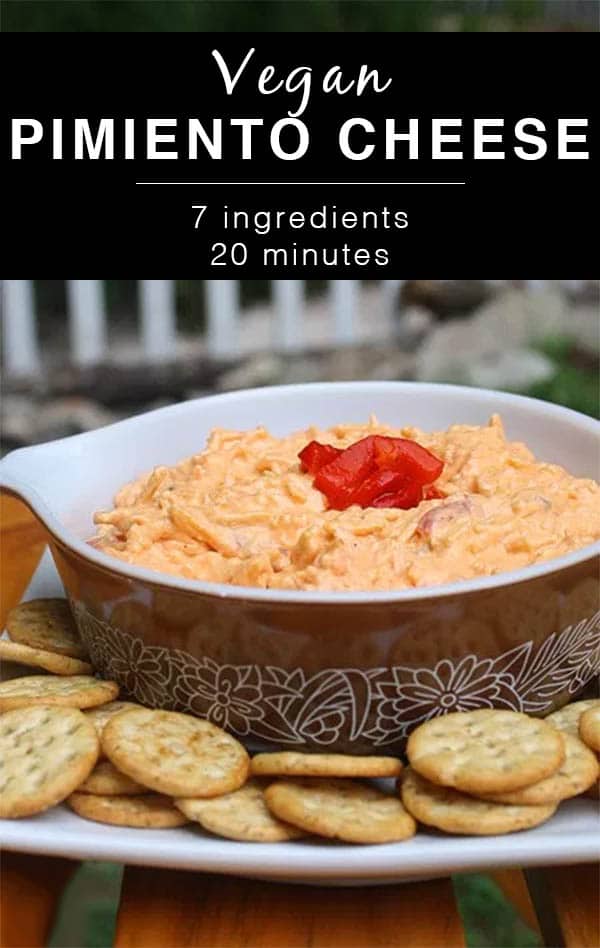 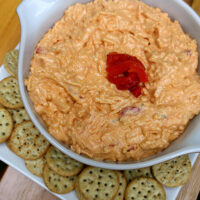