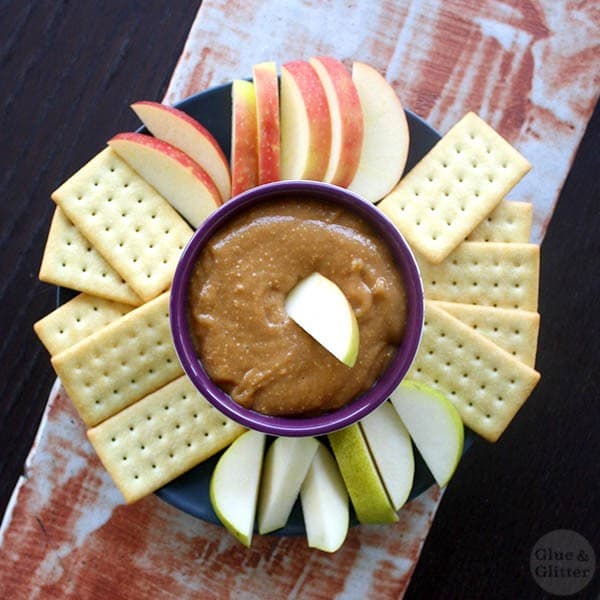 This creamy, whipped peanut butter dip is perfect party food. It only has three ingredients, and you can even mix it up in the same bowl you’ll use to serve it.

This is a revamped recipe that I orignally wrote back in 2010, but I was reminded about it when Sarah from Fried Dandelions told me about the “apple nachos” she makes her kids. Basically, she makes a slightly thinner version of this sauce using tahini instead of peanut butter and drizzles it onto apples. She says she tops hers off with chia seeds and chocolate chips. Yum! 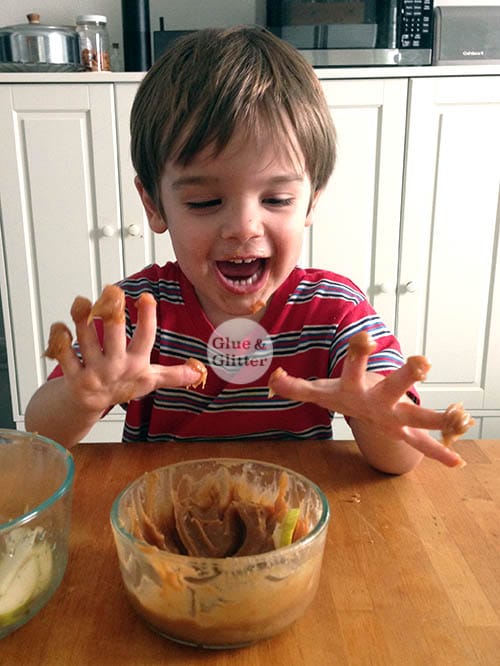 “I will NOT dip the apples, mommy. I will only dip my fingers!”

Instead of a pourable sauce, this is a thicker dip. Darrol Henry refuses to dip the apple slices in it. “No mommy. I will only dip my fingers.” I’ll call it a success, if a messy one. 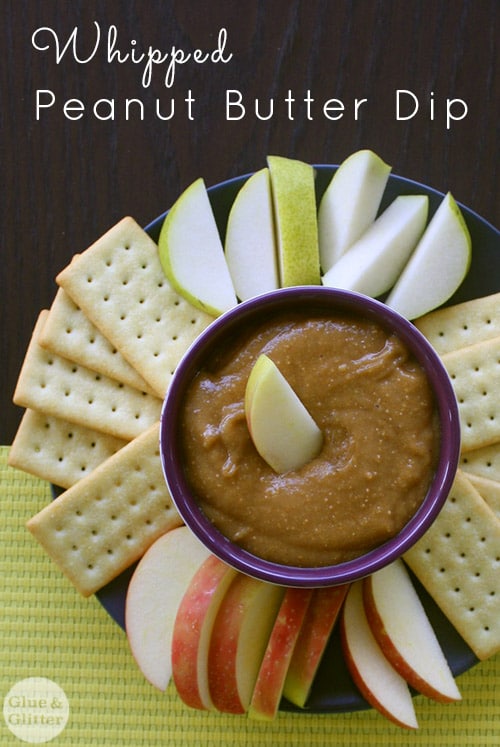 The recipe below is tweaked a bit from the original. Instead of agave nectar, I used maple syrup, and I like how the maple flavor teams up with the peanut butter. I also used soy milk instead of soy creamer and halved the amount of sweetener, to make it a little bit healthier. I think it’s just as good this way – maybe even better! 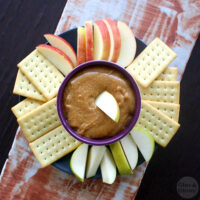 Creamy, whipped peanut butter dip is perfect party food. It only has three ingredients, and you can even mix it up in the same bowl you'll use to serve it.
Print Pin Rate
Course: Dessert, Sauces and Dressings
Cuisine: Vegan
Prep Time: 5 minutes
Total Time: 5 minutes
Servings: 8
Calories: 188kcal
Author: Becky Striepe