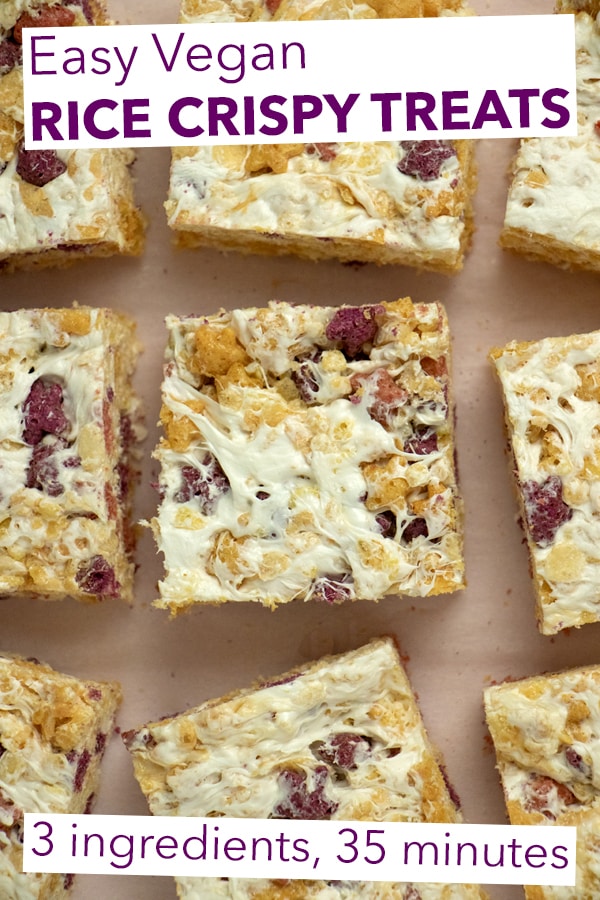 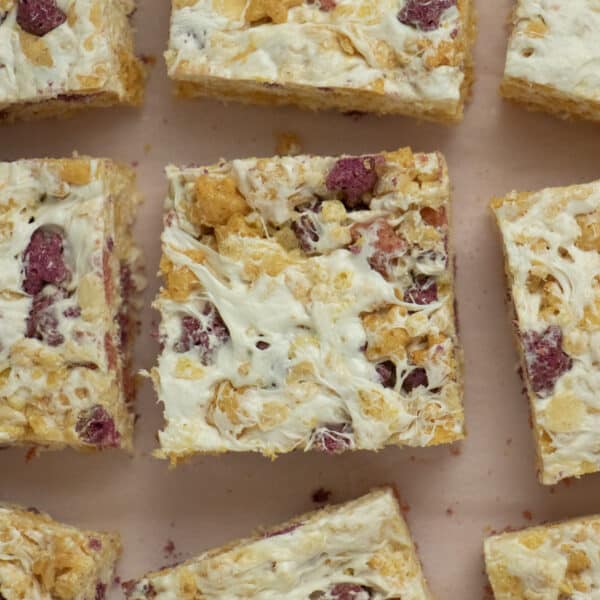 These 3-ingredient Vegan Rice Crispy treats are as easy to make as the ones from your childhood. They're perfectly sweet, crispy, and chewy.

Marshmallow cereal treats are so nostalgic for me, and these vegan rice crispy treats are super delicious and simple to make. I guess technically I should call them Vegan Marshmallow Treats, since you can make them with any cereal you want!

You might be wondering what could possible not be vegan about marshmallows and cereal. There are two non-vegan ingredients in the traditional version of this recipe, one of which isn't even vegetarian:

Butter makes sense (and is easy to substitute by using vegan butter!), but you might be wondering why marshmallows aren't vegan.

Vegan marshmallows used to be hard to find. Now, though, they're widely available and work as well as the animal kind in this recipe!

When it comes to the cereal for this recipe, you've got options. Let's get into it!

I think a lot of folks grew up eating rice crispy treats as a special snack, but my nostalgia for these actually comes from college.

I did my sophomore year at the University of Miami, and we'd have cereal treats in the cafeteria almost daily.

They made cereal treats out of whatever was going stale, so we had Cap'n Crunch treats, Fruity Pebbles treats, Cocoa Puffs treats....it was almost an endless list!

So sure, you can make these with crispy rice cereal, but you can also mix things up! Check your pantry for cereal to use, or hit the grocery store and get creative.

For the treats in these photos, I used a three cups of vegan crisp rice cereal and one cup of Love Grown Sea Stars.

I'd love to see what cereal ideas you come up with for your marshmallow treats! Make sure to share a photo of your own recipe and tag me. 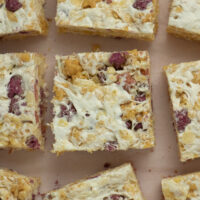