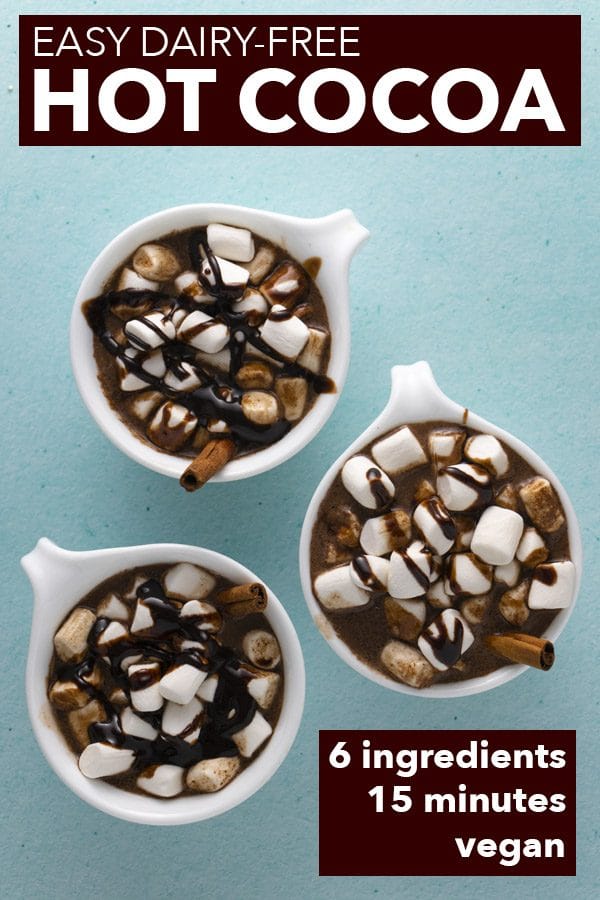 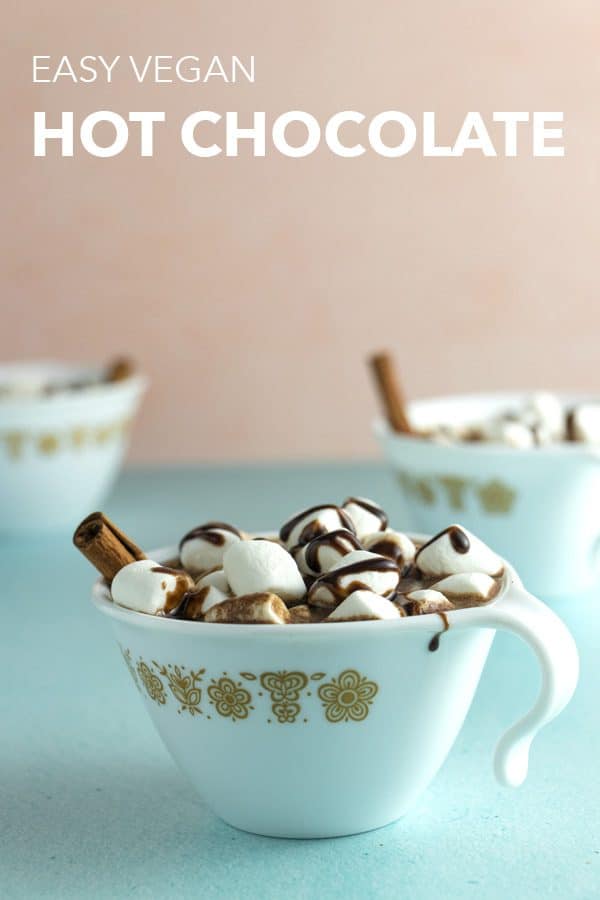 This super easy vegan hot chocolate recipe is rich and creamy with hints of cinnamon and vanilla. Spike it with your favorite booze or drink it straight up.

I've been tinkering with my vegan hot chocolate recipe, because winter is coming, and that means alllll of the hot drinks! Bring on the cocoa, y'all!

A lot of folks are surprised to learn that vegans can even eat chocolate. While a lot of commercial chocolate -- read: Hershey's -- is not vegan, good quality dark chocolate usually is.

Chocolate comes from the cocoa plant, and your basic dark chocolate only has three ingredients:

Commercial brands add milk and butterfat to their chocolate to make up for the fact that their product contains so little (or no!) actual chocolate. Cocoa butter is more expensive than butterfat or milk fat, so they use these cheap, animal-based fillers instead of the real deal.

When it comes to hot cocoa, though, that whole argument is kind of moot. You're just using the cocoa powder with no added ingredients.

To make a hot cocoa recipe vegan, all you need to do is substitute non-dairy milk for the cow's milk, and you're good to go. The trick is mimicking the creaminess of dairy-based cocoa, because usually those recipes use heavy cream and whole milk.

For really decadent, rich, creamy hot cocoa, you need some extra fat, and that's where I have a favorite trick: light coconut milk!

Start by mixing the cocoa powder with just enough of the coconut milk to form a thick paste. This will help the powder dissolve.

Once you have that paste, add the rest of the ingredients, whisk, and heat. Then it's time to sip!

About the Coconut Milk

I first made this recipe with all full fat coconut milk, but the coconut flavor was too strong for my taste. This updated vegan hot cocoa recipe uses light coconut milk plus soy or oat milk for a better balance of fat and flavor.

There is still a mild coconut taste, so if coconut isn't your thing, I'd suggest using all soy or oat milk. The cocoa won't be as rich, but it won't taste of coconut. You can also use 1 ¾ cups of vegan creamer in place of the coconut milk, if that's your speed.

This hot cocoa is delicious on its own, but for extra warm-you-up power, you can spike it with the booze of your choice. It's delightful with a splash of mint rum, but you can also use:

Or choose your own adventure, if there's a booze-and-chocolate combo that I haven't listed above. And tell me about it, so I can try it, too! 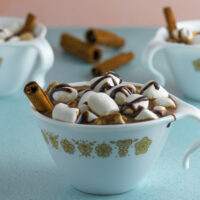 Nutritional information is for unspiked hot cocoa, since the calories in different alcohols can vary.