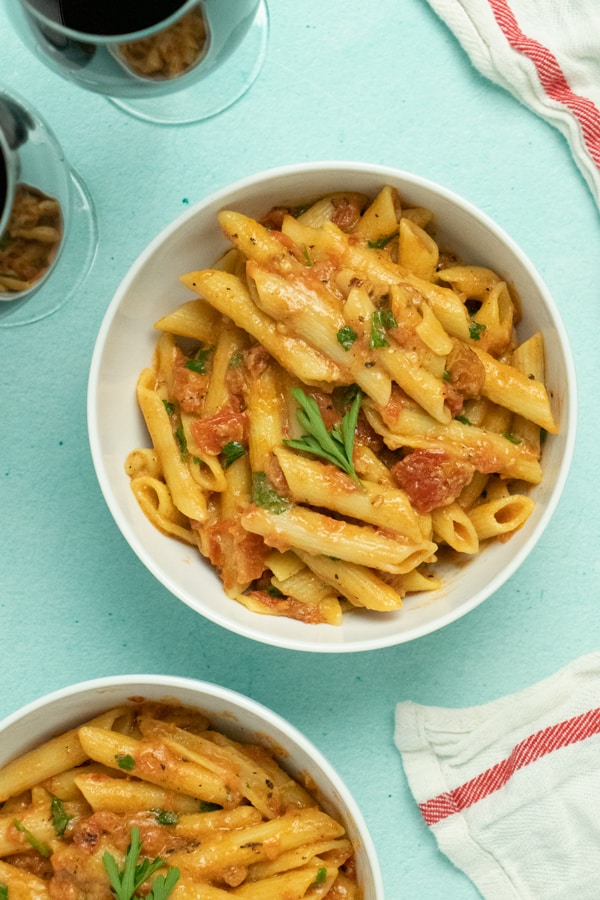 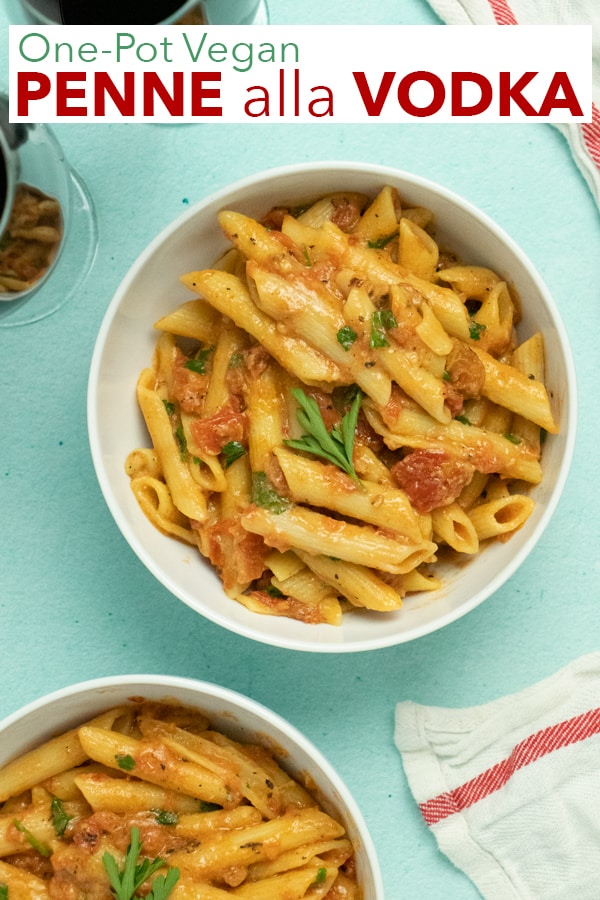 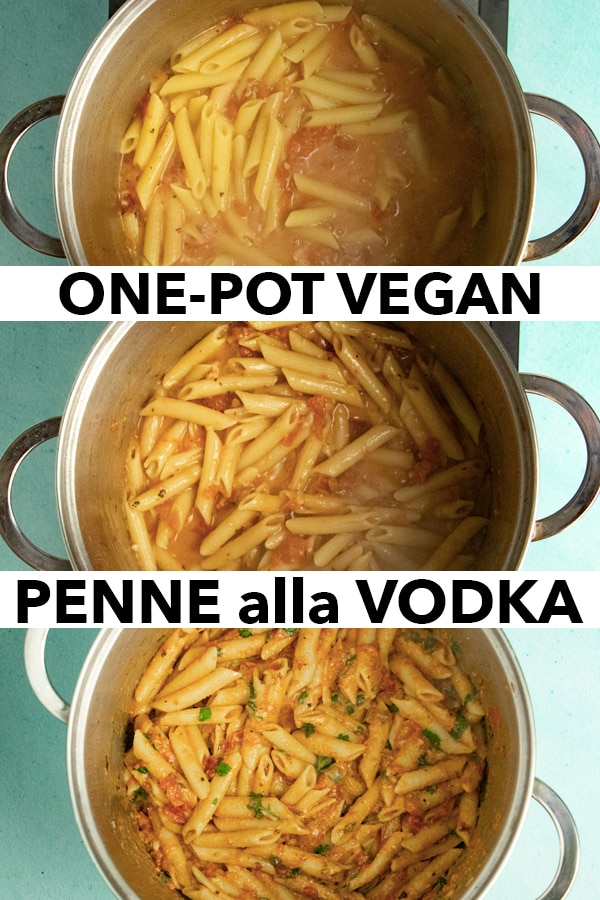 Rich and creamy Vegan Penne alla Vodka is a perfect special occasion meal that comes together in a single pot! It's such a cozy bowl of comfort food.

Penne alla vodka is nothing new, but the traditional version is loaded with cream and cheese. Luckily, you can make rich, creamy vegan penne alla vodka just as easily. And you can do it all in a single pot in about half an hour!

The joy of one-pot pasta is that you make the sauce and cook the pasta all at once, and all in one pot. And y'all, that pot should be big.

You want plenty of room for the pasta to move around and for you to stir without splashing, so go with a 6-8 quart soup pot for this recipe.

To make the sauce, start by giving plenty of fresh garlic a quick saute. Then, add the penne, a splash of of vodka, canned tomatoes, water, and vegan milk.

When you're choosing your vodka for this recipe, make sure you use one that's not processed with animal ingredients. Most vodkas tend to be vegan, but there are a few non-vegan ones on store shelves.

Got everything in the pot? Let's do this.

Let's talk a bit more about the simmer-and-stir step, because it's critical. Frequent stirring (along with that big-enough pot) is going to prevent your pasta from sticking to the bottom and to each other.

The other thing about stirring frequently is that it means, by default, that you're checking in on that pasta frequently. During the second half of cooking, you may need to add more water to keep things from drying out.

I give a range of water amounts for this recipe, because there are quite a few variables:

Don't fret, though! You don't need to do any kitchen math. Just keep an eye on the pot, and add a splash of water, if you feel like things are getting too dry.

During the last 3-5 minutes of cooking, stir that pasta like it's your job. Almost-constant stirring will prevent it from sticking to the bottom of the pan while there's not much liquid left.

Once the pasta is tender and the sauce is clinging to the pasta, remove the pan from the heat.

Then, stir in more olive oil; chopped, fresh parsley; and nutritional yeast. Season with salt and hot sauce or lemon juice, and it's time to serve! 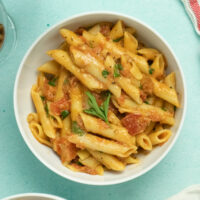