This handy guide to vegan meat alternatives gives you options to make from scratch and some to buy. And they're all totally delicious and cruelty free!

You don’t need meat alternatives to eat vegan, but vegan meat can help folks make the transition to and stick with veganism.  As a long-time vegan, I still eat vegan meat regularly, and I know I’m not the only vegan who stocks the fridge with seitan and the freezer with Gardein.

Like plant-based milks, vegan meats have come a long way since I stopped eating meat. These are the meat substitutes that my family and friends turn to when we are preparing our meals.

Store-bought meat substitutes vary in how processed they are. If you’re vegan for the animals, like me and many of the long-time vegans I know, though, that’s not really a big deal. These are my favorite brands of pre-made vegan meats.

Beyond Meat – Beyond Meat makes amazing burgers, ground beef-style crumbles, and chicken strips. The Beyond Burger is rocking the vegan world right now. You can find it in grocery stores and on restaurant menus

Field Roast - These roasts, sausages, hot dogs, burgers, and lunch meats are some of my family’s favorites. If you’re looking for a less-processed option that’s available at grocery stores, Field Roast is your best bet.

Gardein – If you miss chicken strips, chicken tenders, pork bites, beef tips, crab cakes, or fried fish, Gardein has got you covered. Their Crabless Bites are my favorite, and my husband loves their Fishless Filets. We use both as taco fillings, and they’re so good!

Herbivorous Butcher – This widely-acclaimed vegan butcher makes vegan meats and cheeses from a variety of vegan ingredients, like wheat gluten, jackfruit and beans.

Impossible Foods - This competitor to Beyond Meat tastes spookily meat-like, and I am frankly obsessed with their burger. You can find the Impossible Burger at restaurants, and the company just started rolling out its product to stores in September.

Morningstar Farms - Morningstar's meat alternatives used to contain egg, but they are phasing out the eggs in their recipes. We are huge fans of their Buffalo Wings and their vegan chicken strips.

Simple Truth – Kroger’s store brand sells frozen, meatless chicken and beef products that are similar to Gardein but less pricey. They also offer vegan sliced lunch meats and sausages. Not all Simple Truth products are vegan (or vegetarian), but I'm a fan of the vegan products in this line!

Tofurky – This is the original vegan meat, and Tofurky’s line has come a long way, baby. Their sausages and lunch meats are top notch!

Trader Joe's - Trader Joe's offers quite a few vegan meat options. Their chorizo is top notch. They also just added vegan "turkey" burgers, which I haven't tried yet but plan to. TJ's also has a frozen "Mandarin chicken" that I am anxious to try!

Uptons Naturals - This Chicago-based vegan meat company makes excellent seitan bacon, burgers, and sausages. They also have a line of seasoned jackfruit. If you're new to using jackfruit as a vegan meat alternative, their products are a great place to start.

Below are amazing recipes for vegan meat alternatives that you can make in your own kitchen. 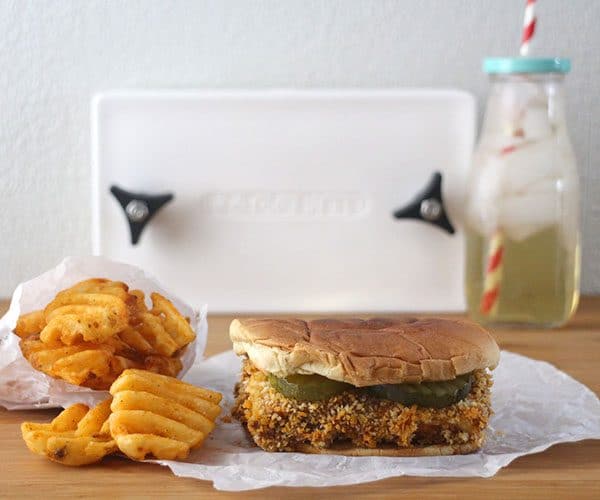 Y'all, this is the spicy tofu sandwich of my dreams! Keep things simple, like a certain fast food chain, or load it up with your favorite toppings. 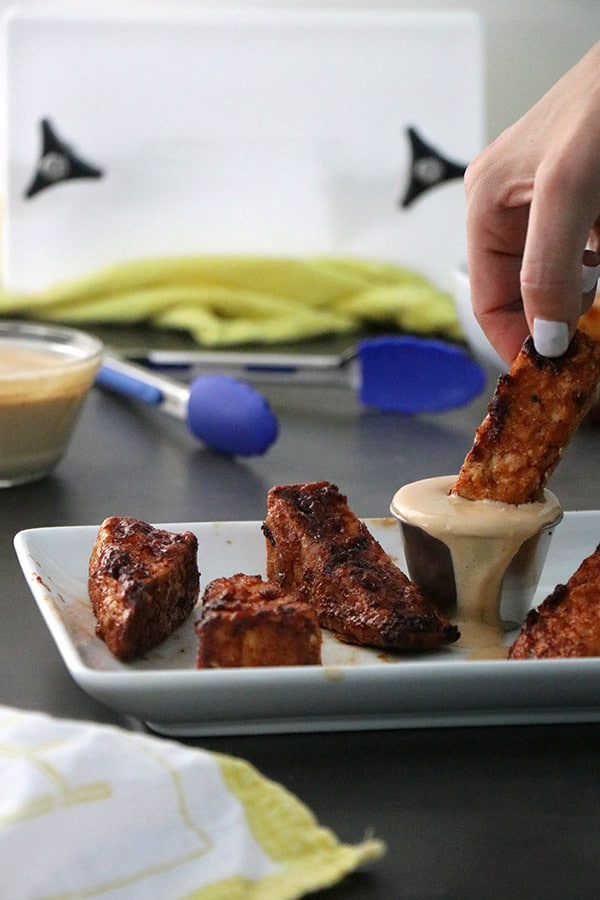 Make a batch of sticky-sweet, toothsome BBQ Tofu Wings in the oven or the air fryer. They're a perfect party or game day appetizer. 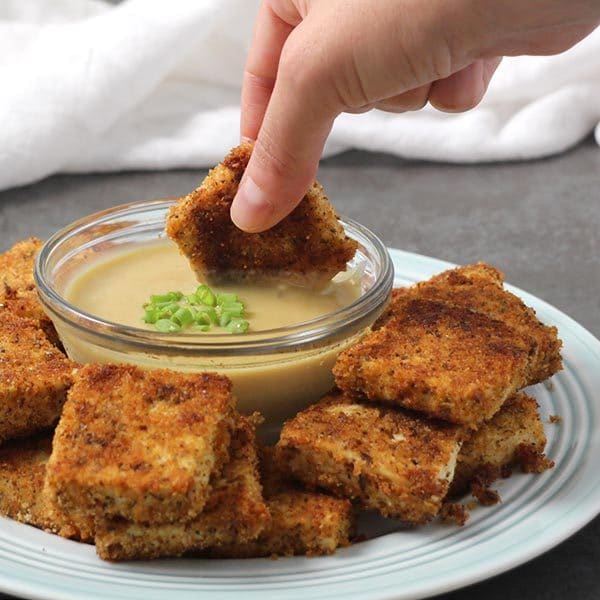 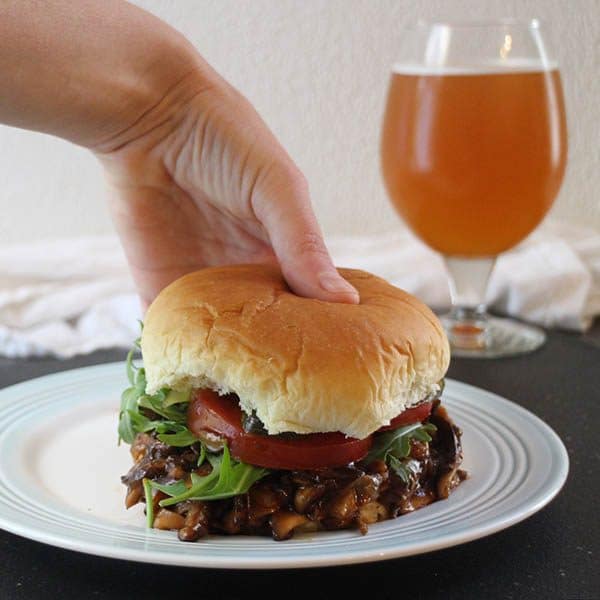 A sweet, sticky, "meaty" vegan pulled pork sandwich that's going to rock your socks. Choose your favorite BBQ sauce to build the sandwich of your DREAMS! 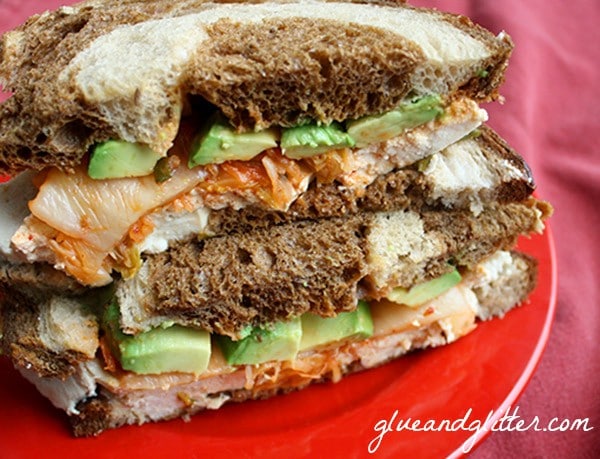 Corned Tofu for a Not-a-Reuben Sandwich

It’s been a long, long time since I’ve had corned beef, and I’m sure that this corned tofu isn’t the same, texture-wise. But it’s freaking delicious in this not-a-Reuben sandwich.

A hearty baked quinoa and lentil meatloaf smothered in sweet ketchup glaze is the easy dinner you need! This recipe is easy to make and a total crowd-pleaser! 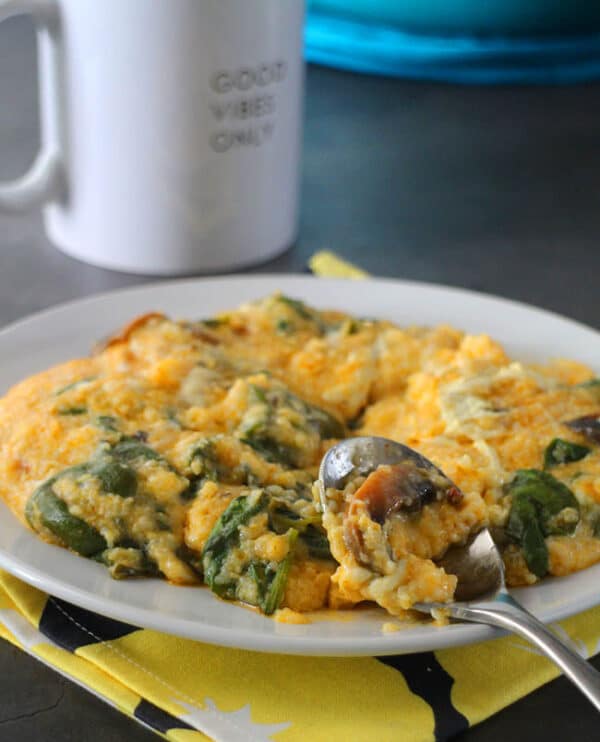 Hearty, cozy vegan cheese grits bake up decadently with sauteed mushrooms that taste like sausage! It's a perfect breakfast or brunch casserole for a weekend morning.

You can make vegan bacon out of everything from tofu to tempeh to mushrooms or carrots. I've rounded up the very best vegan bacon recipes right here. 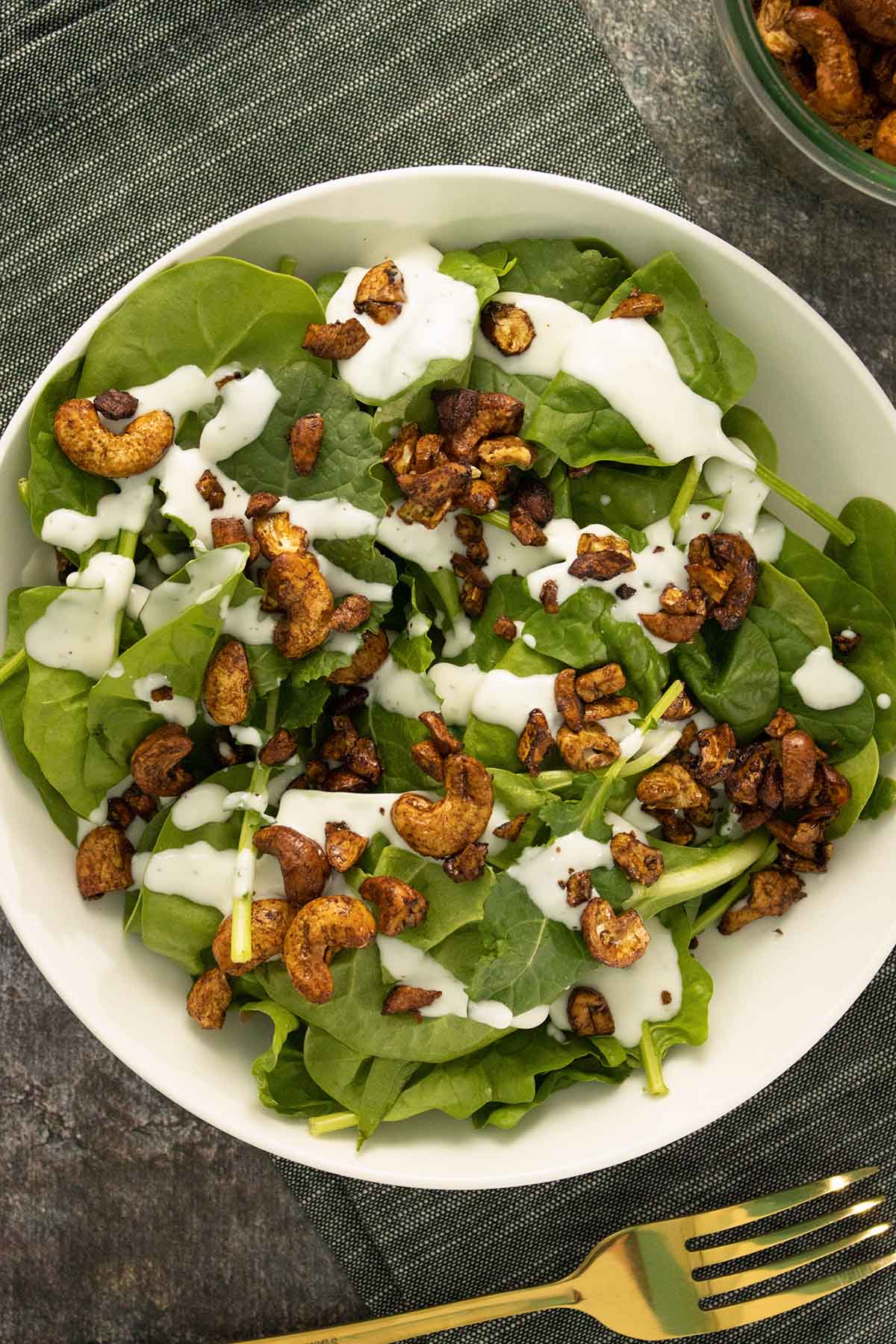 Smoky, salty, slightly-sweet vegan bacon bits only have four ingredients, and they're a snap to make in the oven or air fryer. Eat them on their own or use them anywhere you'd use conventional bacon bits. 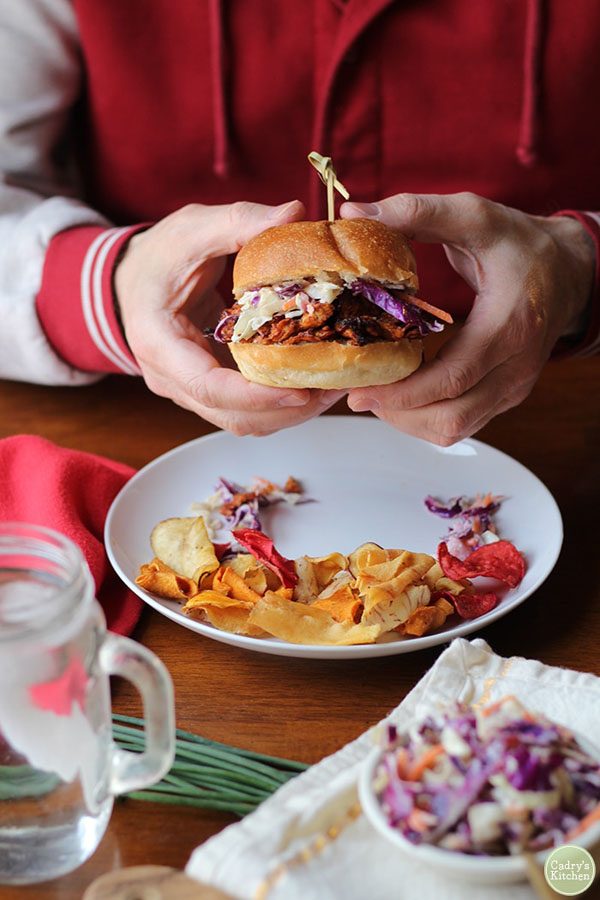 Cadry's toothsome and tasty BBQ soy curls are perfection stuffed into a sandwich or in a BBQ bowl with potato salad and collards to go with. If you're new to soy curls, prepare to be amazed! 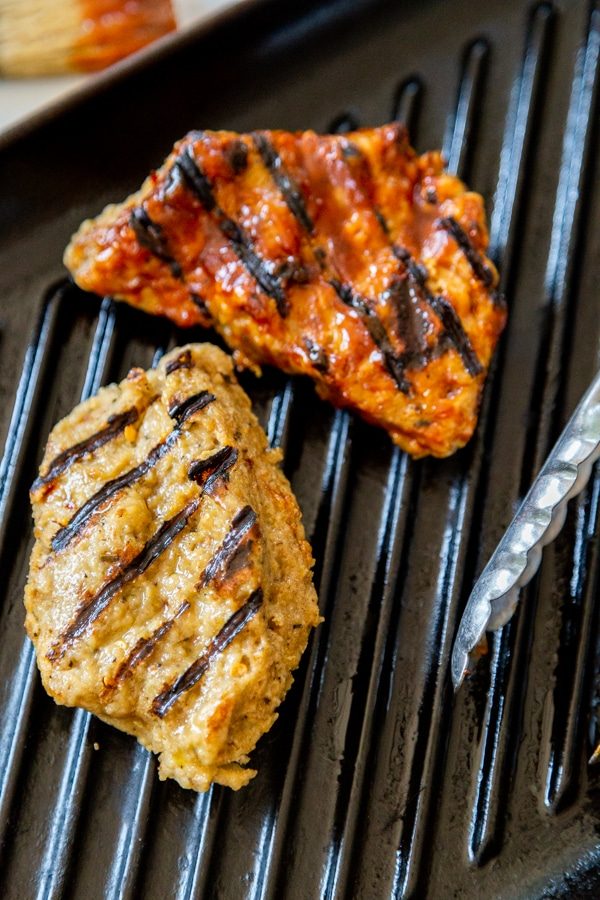 There are tons of recipes for seitan chicken out there, but Linda's is really something special. She uses a combination of vital wheat gluten and silken tofu to get an amazing texture! 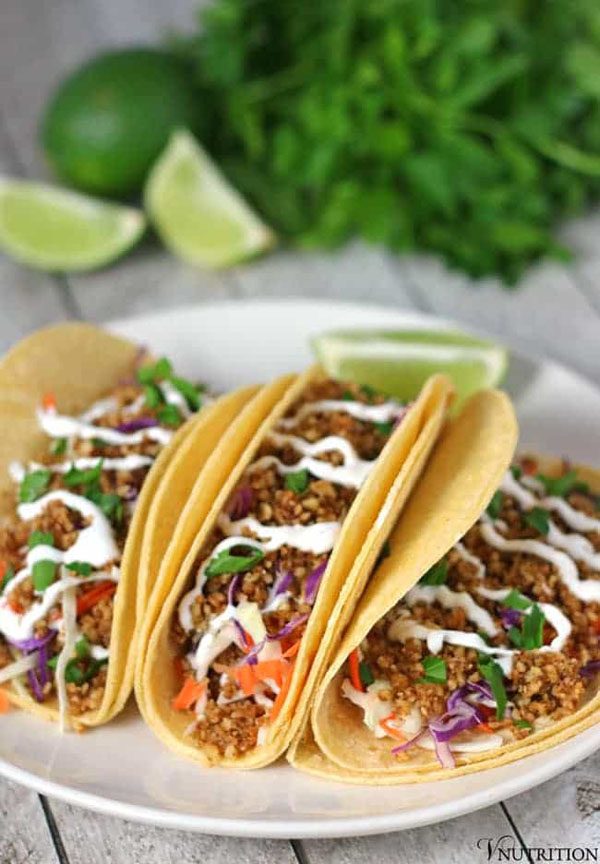 Not only does walnut meat have an amazing flavor and texture, it's incredibly easy to make! Use it in tacos, as pictured, or almost anywhere else you'd use beefy crumbles. 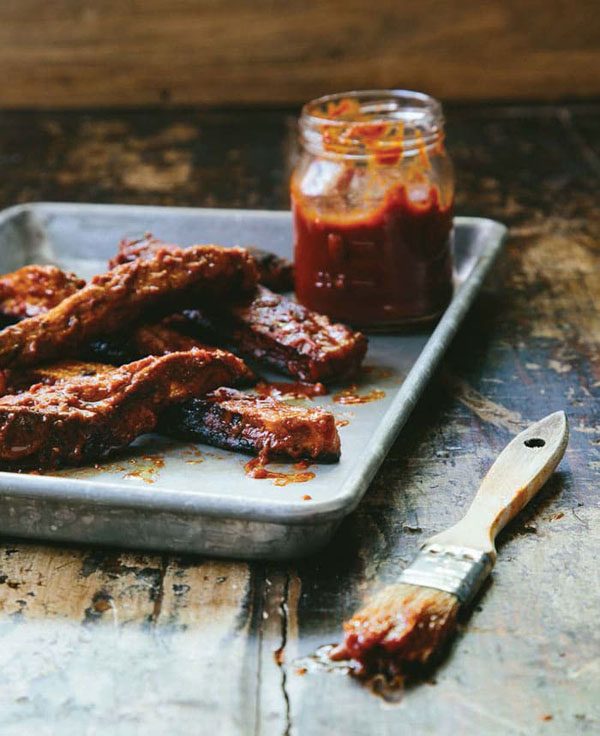 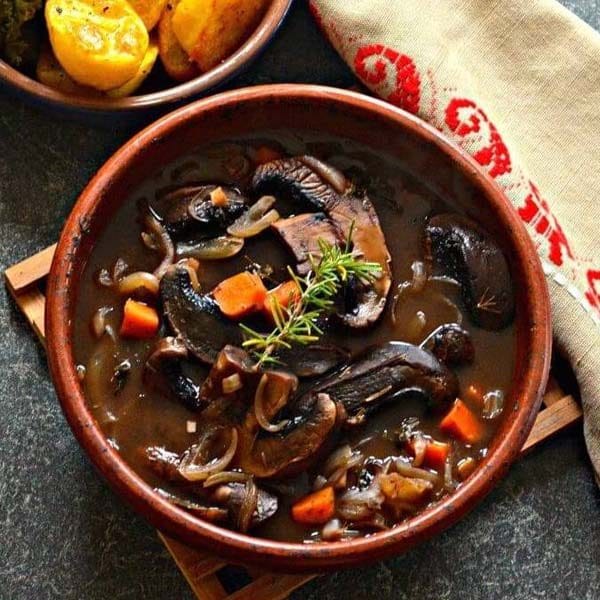 Mel uses portobello mushrooms as the meat replacement in her pot roast recipe, and it has all of the cozy, hearty notes you remember from its meaty cousin. 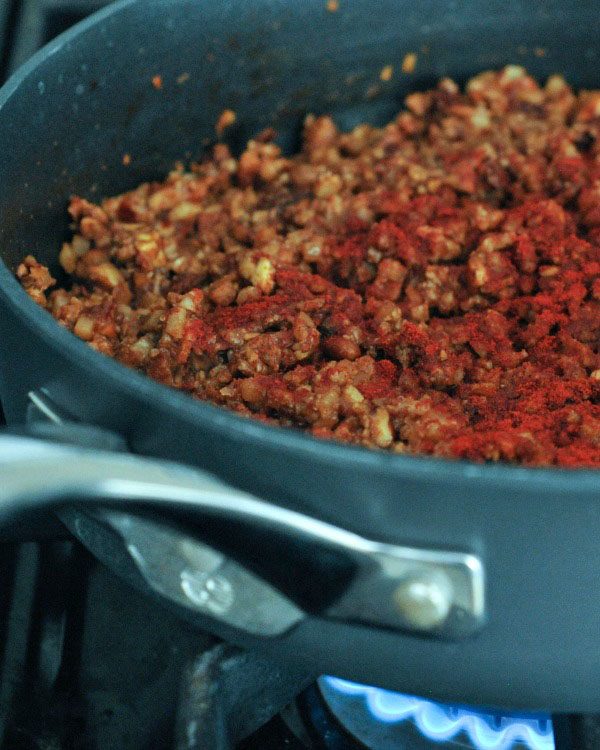 Kristina's vegan chorizo brings the heat and the meaty texture using a mixture of cauliflower and pecans. It's the taco filling you've been waiting for! 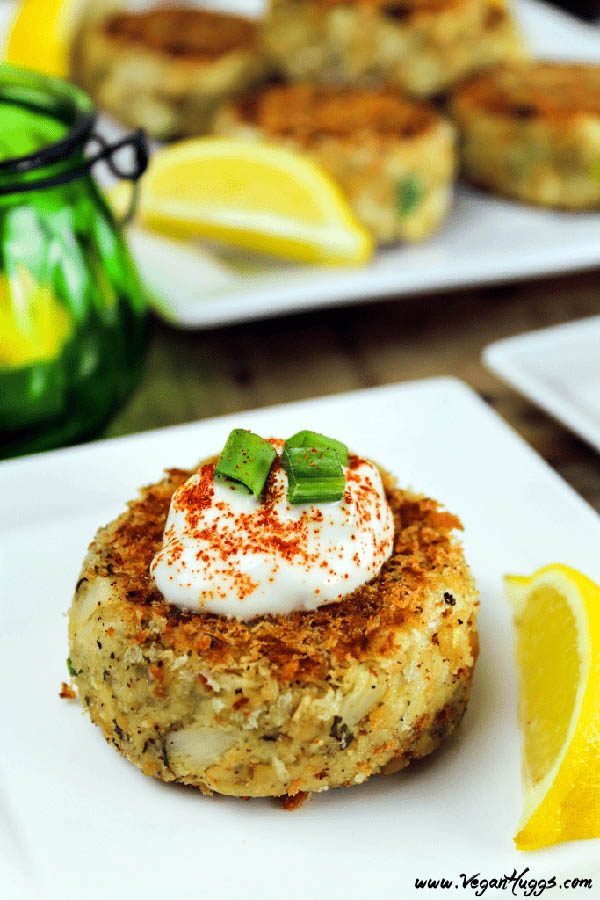 There are a ton of ways to make vegan crab cakes, but I am in love with Melissa's version, made from chickpeas and hearts of palm!
« Decadent Vegan Hot Chocolate Recipe (Spiked or Not)
Pickled Jalapeno Guacamole »