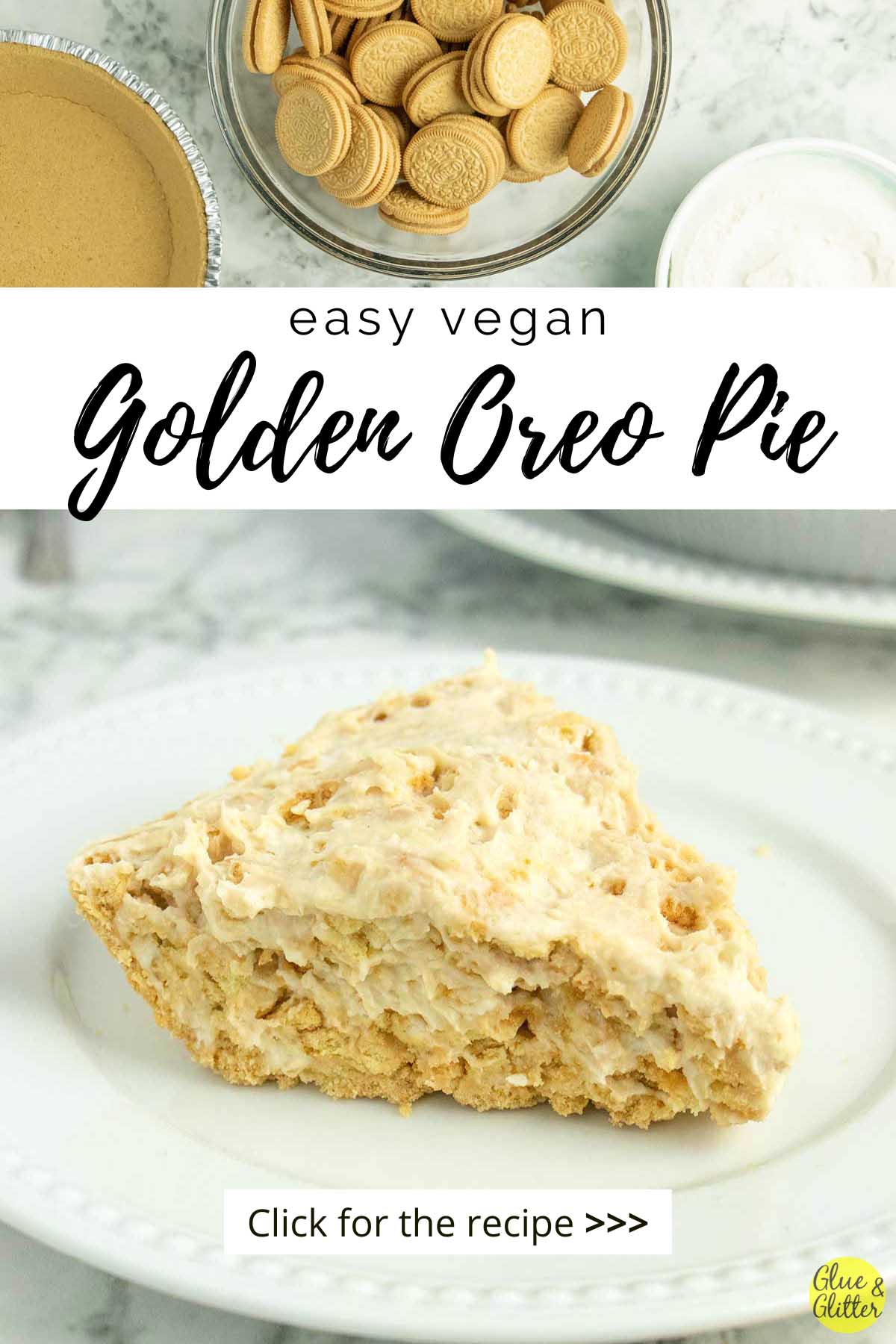 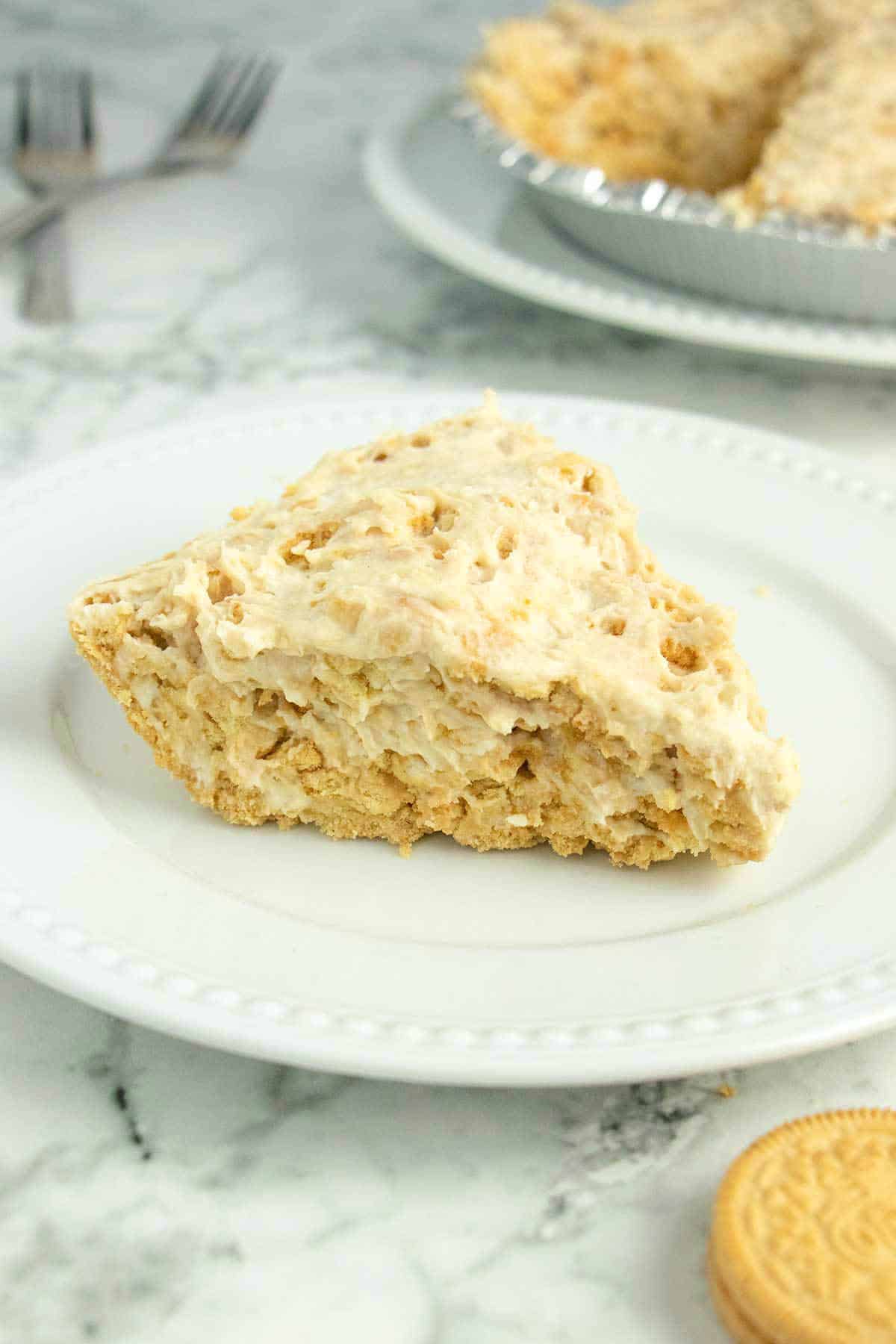 A Golden Oreo pie is a dreamy, vanilla cream pie spin on the chocolate classic. And it's totally vegan!

Y'all, this pie is incredible. Crunchy pieces of Golden Oreos. Vegan vanilla cream. Graham cracker crust. And it's so easy to make!

I got the idea for this pie as the kid and I were sharing a slice of Wow It's Vegan's Oreo pie. What if we used a similar technique, but with Golden Oreos??

It was a simple change, but the results are dramatically different. I can't wait for you to eat this pie!

What are Golden Oreos?

If you're new to Golden Oreos, I am so excited to introduce them to you!

And this isn't that bland vanilla that's really code for "sugar is the flavor." This is some flavor-packed vanilla. The kind that makes you appreciate vanilla as a flavor.

I do recommend using an electric had mixer or a stand mixer for this recipe. It makes it much easier to whip the cream cheese and to get the Golden Oreos well incorporated.

If you don't have an electric mixer of some kind, just get ready to put in a bit more elbow grease, but this is still a totally doable recipe.

The base for this pie filling is a mixture of vegan cream cheese and vegan whipped topping. You can use homemade or store-bought versions of either.

I do recommend choosing ones that taste good to you, because their flavor comes through a bit in the finished pie.

To make the pie filling, you just crush your Golden Oreos and mix them into whipped vegan cream cheese with thawed vegan whipped topping.

Then, spread the mixture into a premade graham cracker crust and chill it until it's set up. See the section below on how to choose a vegan crust.

You've got options here, too. You can use anything heavy you like to crush these cookies. My kid likes to use a can of beans. A rolling pin will also get the job done.

To crush the cookies, just pour them into a large, sealable plastic bag, and smash until you have a mixture of crumbs and some larger, pea-sized cookie pieces.

How to find a vegan graham cracker crust

To make sure that you're using a vegan crust, just check the ingredients for honey and dairy.

Honey and dairy are expensive, though, so most companies use sugar and oil instead. A win for vegans everywhere!

I store this pie by just sticking it right back into the fridge, uncovered. If you like, you can cover it with foil.

Your pie will keep for two to four days in the refrigerator.

Most store-bought graham cracker crusts are vegan. Just check the ingredients for honey and dairy.  The pie will keep for 2-4 days in the refrigerator. You can store it covered or uncovered. adapted from Wow It's Vegan

Need more ideas for vegan sweets? I've got you!